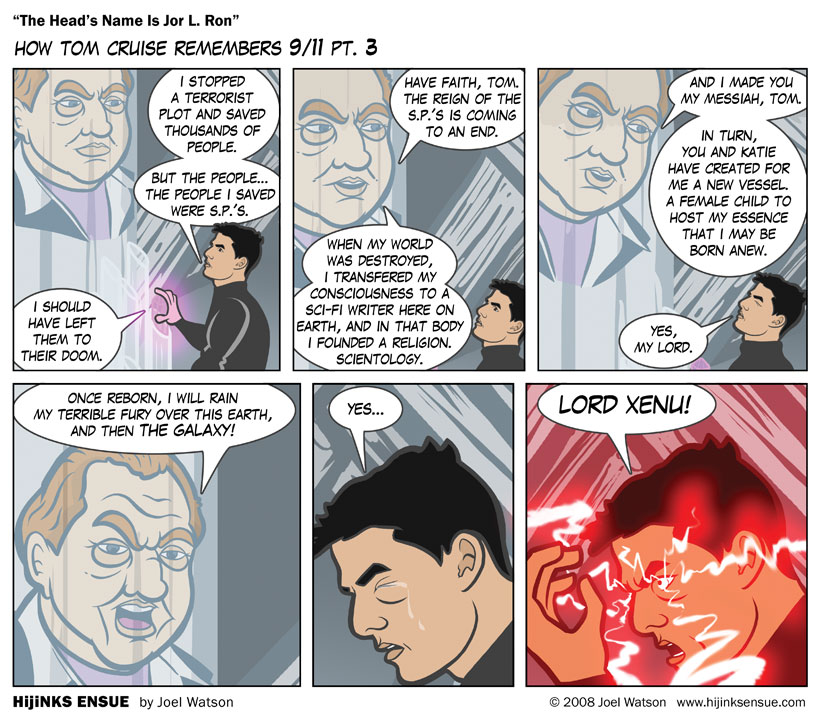 The Tom Cruise Trilogy (as it will forever be known) has come to it’s logical conclusion… that L. Ron Hubbard was a human vessel housing the soul of an evil alien Galactic Emperor, and Tom Cruise made a baby (emphasis on “made” because I’m thinking there was a space lab involved) in order for him to recorporialize and dominate this sector of space. Logical.

Truthfully, read that first paragraph, then read up on Scientology. Is it ANY crazier than what they actually believe?

I’m glad this trilogy is over and I can get back to making fun of Lost and Steve Jobs and Star Trek, etc, etc. Glad only because the concept of Tom Cruise as a magical super hero was starting to consume my being. I would wake up in the middle of the night, tearing at my flesh and screaming Tom-comic ideas at the moon.

Here are a few that I considered before going with “The Fortress of Scientologitude“:

Honestly, this one wouldn’t have been funny because it’s too close to the truth.

I want to make a desktop from the Tom Cruise Trilogy. Any suggestions? I also REALLY want to do a podcast. Would you listen? Let me know.