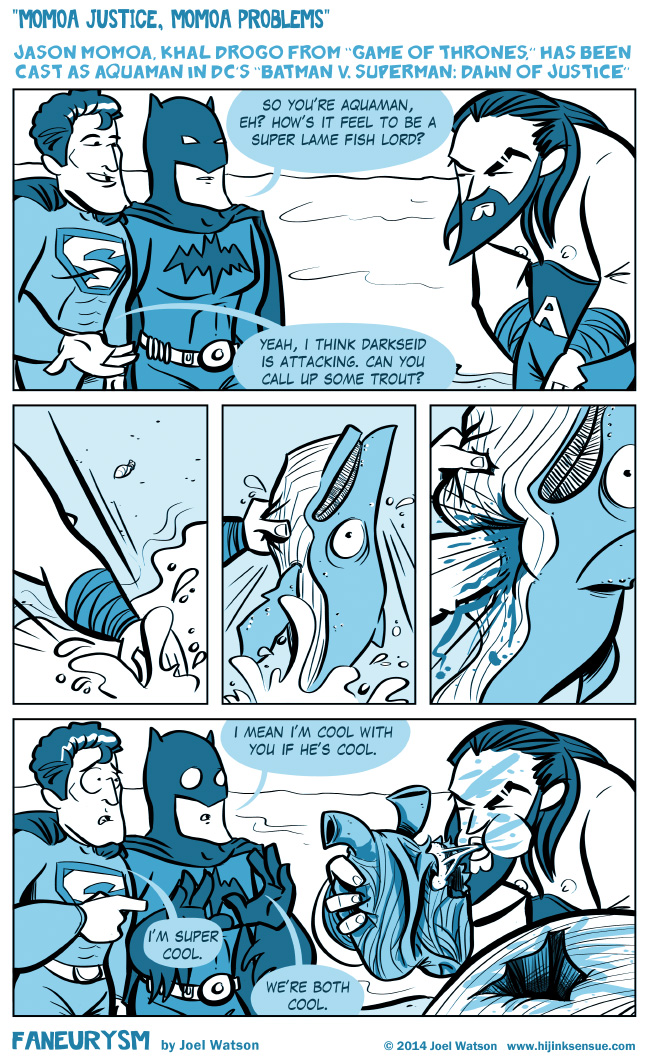 Dearest Fancy Bastards, if you enjoy this comic, please check out my store, my shirts on Sharksplode, and my wife’s geeky jewelry on Etsy. It would help us out a great deal.

Based on the casting of Jason “PecsPecsPecsPecs” Momoa, I am guessing DC is going for a less kind, less gentle Aquaman. No better way to shut up the Aqua-haters than to show us a badass Aquaman, I suppose. Of course the confirmation of Aquaman’s addition to Batman V. Superman: The Case Of The Crumpled Cape means the movie (which is NOT a Justice League movie?) will feature Supes, Batman, Wonder Woman, Cyborg AND Aquaman. I’m guessing everyone except for B-Word and S-Hole show up right at the end, wink at the camera and fly straight into the sun. Seriously though, I am not 100% on board with this group-movie before solo movie Justice League situation. It seems super-flawed from a superhero super-storytelling perspective. I’m curious how they are going to integrate an older, grizzled Batman into a world that seemed to be totally flabbergasted by the appearance of Superman in Man Of Steel: Metropolis Gets 9/11’d X 100.

Fancy Patrons: We are less than $50 away from unlocking more comics per week! 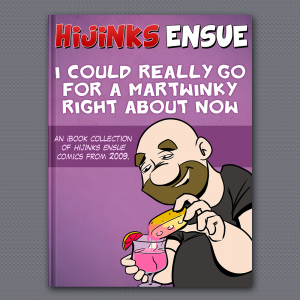