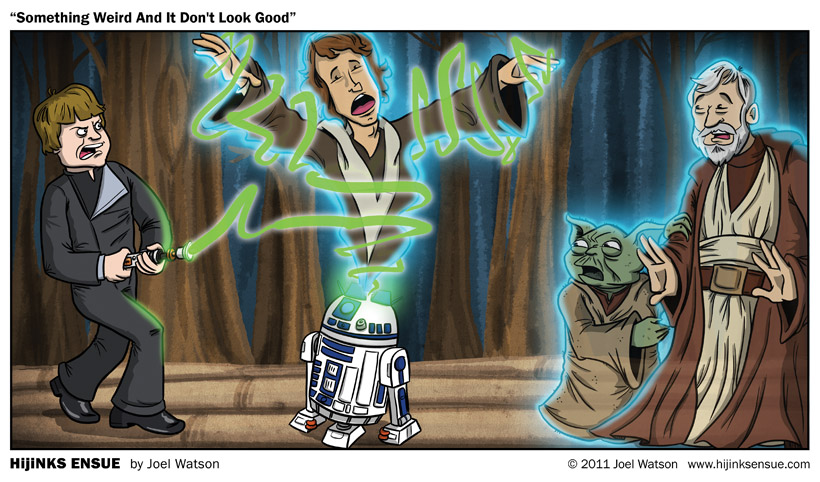 “Seriously! Who is that young ghost dude with the Sith-eating grin on his face? I’ve never seen him before in my life.”

I know I typically dress up the HE characters for HE-ween, but since I already did that for the “Fancy Bastards Assemble” print just last week I thought I would go in a different direction. Honestly, I was trying to figure out how to do this comic as a “costumes” gag, but in the end it just seemed forced. Either way, just remember that if the light’s green, the droid’s clean.

COMMENTERS: What were you for Halloween (besides drunk)? Feel free to post links to pics of your costumes in the comments. Any particularly fantastic Halloween costume stories? Kiddo wanted to be a ghost, so the wife and I made a SPOOKtacle of a costume, though it doesn’t top our homemade “Boo” costume from a few years back.

Josh IRL went as a character from his company’s game Borderlands called Salvador. 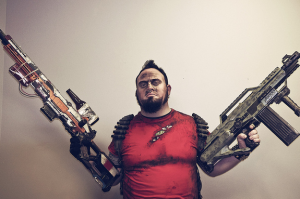 I have no idea how he cell shaded himself (which is different than blue-ing oneself). He’s come such a long way since Gaytos.

BONUS COMIC: Since he is still without power I decided to send Jeph Jacques of Questionable Content a guest comic. It features a character he, Randy and I created last year  in Austin, TX named Sergei. All you need to know about Sergei is he is a man of means. Whatever you need, he can get it. Or something close to it. 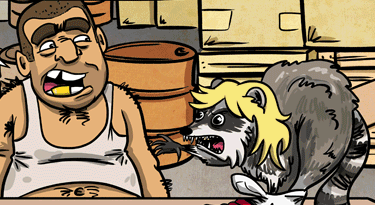