I have almost seen Lincoln twice. Both times I have realized that it was nearly three hours long and opted to either see something else or stay home and get something from Redbox. I just don’t like being in the theater that long unless I’m nearly guaranteed to love the movie. Daniel Day Lewis is my favorite actor, but that isn’t saying much. Admitting that the person who is the best at a thing in all the world is your favorite person who does that particular thing doesn’t take that much conviction or depth of character. That’s like saying Batman is my favorite vigilante crime fighter or Louis C.K. is my favorite stand up.

I did, however, see The Master. I have never seen another movie with two such fantastically talented actors delivering two such compelling and nuanced performances that I hated quite so much as I hated The Master. The biggest problem with The Master is I got it. I absolutely understand what the movie was trying to accomplish and how I was supposed to feel while watching it. I know what the intended take away was, what the director was trying to say about the human condition, the way we relate to others, the way we cling to each other while simultaneously driving each other away, loneliness  compulsion, dishonesty with one’s self vs. dishonesty with others, the power of the dynamic orator over the weak minded, I TOTALLY GOT ALL OF IT. I just so happened to have abhorred the experience of actually watching it. It’s like a really expensive bad meal at the finest restaurant in town. You know what you’re eating is classy and sophisticated and a lot of thought and effort was put into it, and even though you can detect the subtle complexities of the interplay between the flavors it just tastes like a a shoe full of shit.

The Master’s biggest problem is the story of Hoffman’s L. Ron Hubbardesque author and his burgeoning cult is quite fascinating. So, obviously, the movie basically ignores all of that and uses it as a backdrop to tell the story… no there’s no actual story… to SHOW YOU SOME STUFF FOR A BIT about Phoenix’s listless, alcoholic, sex crazed dimwitted, violent drifter. Even by my description, he sounds pretty fascinating. Trust me. He isn’t. There are no less than three scenes in the film where Hoffman’s character uses Scientol… THE CAUSE to infuriate Phoenix into a state of highly suggestible mental pliability from which he can be brainwashed. Since these scenes (one where Phoenix is forced to walk from one end of a room to the other with his eyes closed at least 40 times) take up roughly 30 minutes of the nearly three hour movie. It is excruciating. Just watching a man get more and more frustrated with his antagonist in real time is not my idea of an enjoyable time at the movies or a good way to spend $18. But they both totally deserve an Oscar. No question. Great performances. Terrible movie.

COMMENTERS: Do you have any Oscar predictions?  Have YOU ever seen a film where an actor’s performance was enthralling, captivating and through provoking, but you still hated the movie? 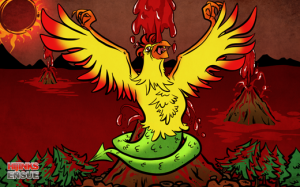