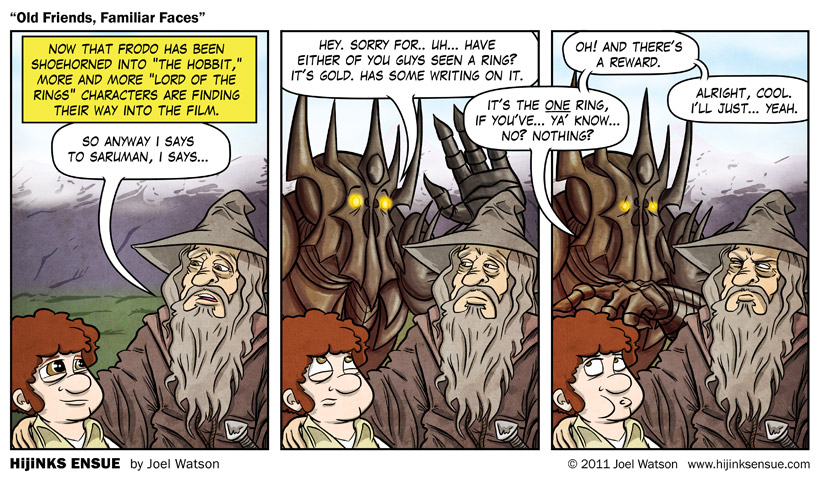 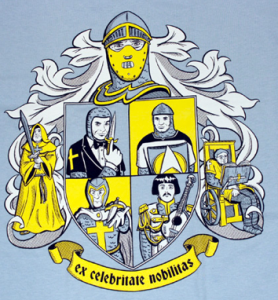 I don’t mind Frodo being added to The Hobbit, despite the fact that he would have been a some kind of halfling larva during the events of the books. Now that Peter Jackson is at he helm I do not fear for the quality of the movie in the least. Where Tolkien is concerned, Peter Jackson can do no wrong. He took plenty of liberties with the Lord of the Rings trilogy in adapting them for film and I would say the stories were no worse for the ware. Forget that entire plot points, even entire chapters were left out of the films, there were plenty of times when a certain character;s actions were just attributed to a completely different character. Again, not a problem as long as Jackson is doing the driving. I firmly believe his editing, character alterations and scene deletion/combing are the only reasons LOTR was even filmable. To film the story as Tolkien wrote it would have been like trying to make a movie out of the assembly instructions for a Metalunan Interocitor.

Though I wouldn’t be surprised of the addition of Frodo had been a request from the studio. I can see the suits giving Jackson notes like, “Who was that little guy from the last 3 pictures? Frildo? Franco? Was it James Franco? The kid with the arm? Get him  back! We need the little guy or people won’t know what movie they’re watching! And what about this dragon? Can he be less Reign Of Fire and more How to Train Your…? We need something cute for the kiddos. Ok, what about that Narnia beaver? Kids love beavers! And are we married to this Gandalf? Can we get a different wizard? Get Disney on the phone and see if those Waverly Place kids have passports! And check IMDB and let me know if any of the Dumbledores are still alive. We need wizard options people!”

Posted in Uncategorized and tagged books, fantasy, lord of the rings, movies, the hobbit.