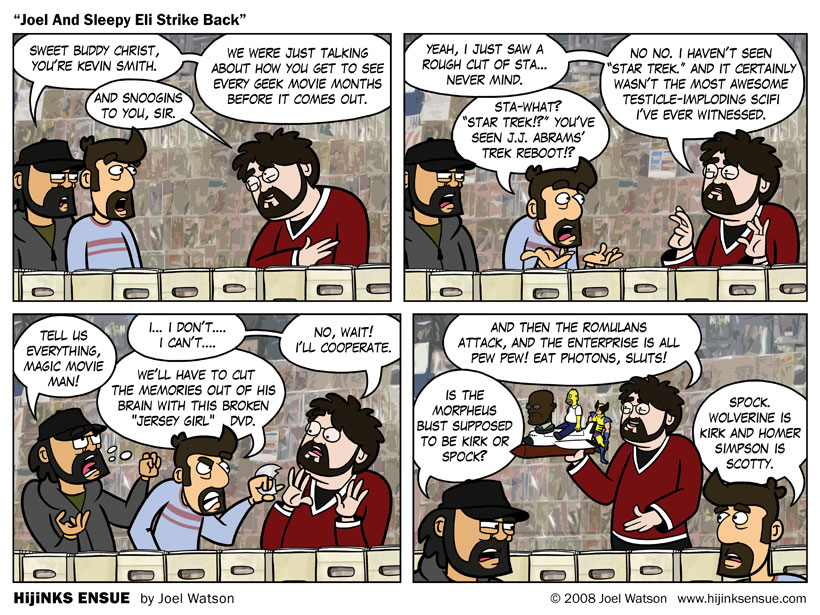 Kevin Smith has not already seen J.J. Abram’s “Star Trek.” Except that he totally has. But he hasn’t. And whatever he hasn’t seen, he can’t talk about. What can’t he talk about? He’s not at liberty to say. Let’s just say pointy ears are involved…I’ve said too much.

Well I’ve seen the movie too, and I’m not going to be as stingy with the information as Mr. Smith.

I can say, without a doubt, each of these things happens in the new Star Trek: