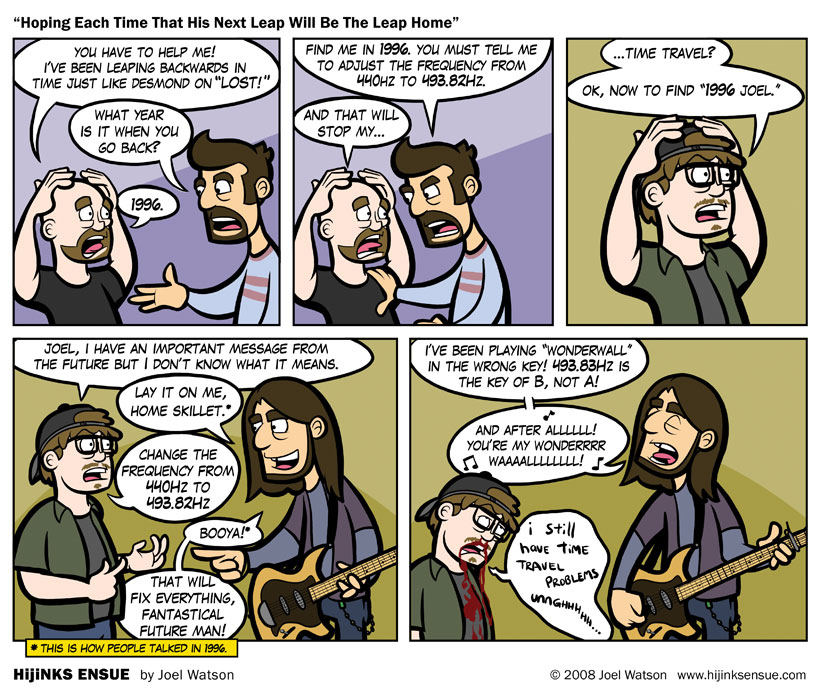 Forget Fisher Stevens! They should get Scott Bakula on LOST. He needs to way to repent for his crimes. Actually, they don’t need any Quantum Leap actors since Desmond is basically a Scottish Dr. Sam Beckett. Think about it. When the hatch blew, that was him “stepping into the Quantum Leap Accelerator.” For a while there with Charlie he was striving to “put right what once went wrong.” Instead of “Oh, boy” he says “(oh) brother.” Al is Sam’s “constant” just as Penny is Desmond’s. Ok, wait. I started typing this as a joke. Now I just think they ripped off Quantum Leap.

Also they had a helicopter… that’s just like “Airwolf!” Those bastards. And Walt is “Small Wonder!” It’s all 80’s TV!

I think I just had a faneurysm. Did I ust invent that word? Don’t fucking steal it! I’m going to put it on a shirt or something.