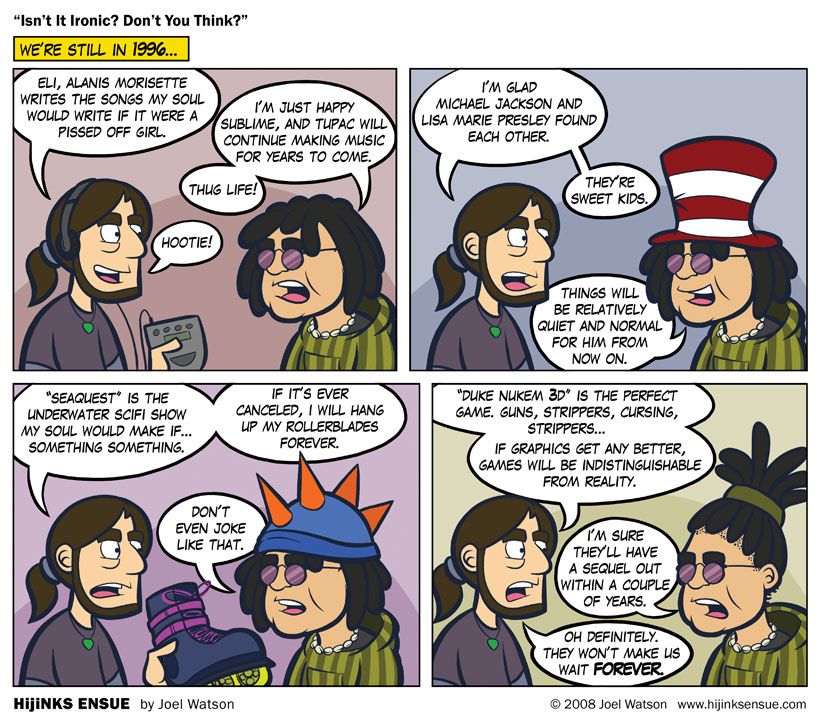 A little too ironic. And, yeah, I really do think.