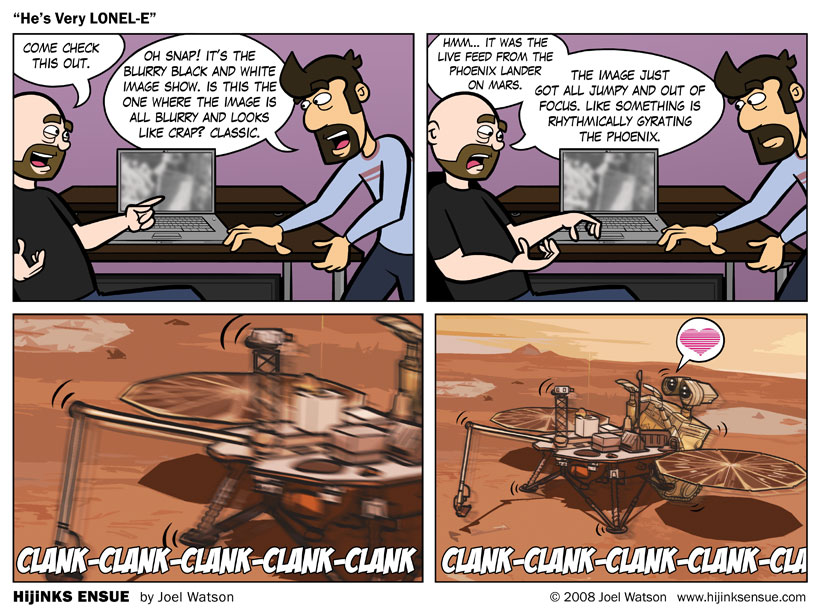 I saw the movie last night. Not my favorite Pixar product, but certainly worth the money.  I thought it was odd for Pixar to include video of REAL humans (assuming Fred Willard isn’t a cartoon of some kind) along with the CG ones. That kind of broke the illusion for me. You know, the illusion that I was actually witnessing a distopian future earth populated by exactly one miniature trash compactor with tank treads and binocular eyes.

I guess they decided to ditch the side story where Johnny 5 knocks up WALL-E‘s mom then spilts, leaving her to raise 200,000 identical robot kids alone.