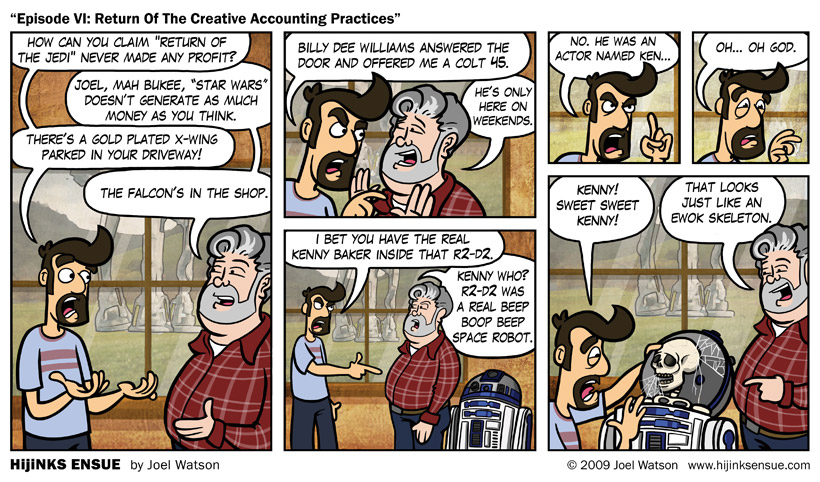 Lucas has a discreet taxidermist who stuffed and mounted all of the Ewoks. Apparently their outer coat of fur is easily removed with a naturally occurring zipper, but their inner “skin-layer” is more difficult. Also midgets don’t like being stuffed. 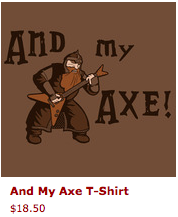 David Prowse, who portrayed Darth Vader‘s torso and limbs in the original Star Wars trilogy, says he has never been paid residuals on “Return of The Jedi“ because the film has never made a profit. I’m calling bantha shit. Or at least space-shenanigans. I’m sure Deathstars are quite expensive, and I know the per diem rate for an Ewok wrangler is pretty high, but to say a film that cost $32 million and has made $475 million HASN’T made a profit verges on space-madness.

Apparently this type of shaft-the-actor contract isn’t all that uncommon in Hollywood. It’s also standard practice to make sure a film stays in the red [on paper] indefinitely. Maybe Prowse should have fought for a better contract, but seeing as how neither his face nor his voice actually appear in the film, it would have been pretty easy for Lucas to replace in with another gigantically huge actor (it seems England is full of them).

I’m sure Lucas will do right by Prowse eventually. “David, your checks all came in. Their in the garbage masher on the detention level. Just slide down this shoot…”

QUESTION: What other expenses might Lucas have written off to keep “Jedi” from making any profit? Droid lube? 400 cases of malt liquor (per Dee Williams’ contract rider). Flanel polish?