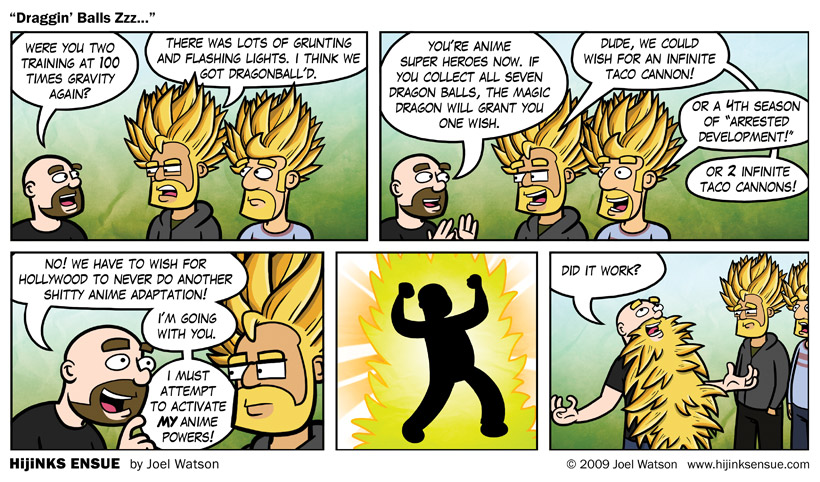 Every single aspect of “Dragonball: Evolution“ is a giant turdtacular crapgasm. The only reason this movie is even on my radar is the fact that Spike James Marsters Spike is playing the boss fight, Lord Piccolo. I’m all for Buffy alums getting work, but seeing him in this (or rather knowing he’s in this while making sure I NEVER actually see it) makes me a little sad. 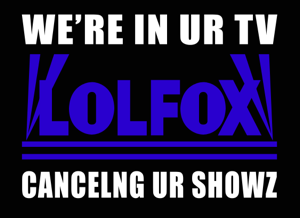 Despite how low rent the trailers and other advertising make “Dragonball” seem, I bet if they had managed to release this in 2002 it would have done astoundingly well. At that time the Dragonball property was what analysts refer to as a “CASHterfuck.” Meaning that it was a seemingly worthless concept that, against all reason, generated cash that could only be measured with comically large scales.

The DBZ fad is over and kids have moved on to more Pokemons or Narutos or knife fights or whatever kids care about now. I saw a few episodes of “Dragonball Z” when it first started to air in the states. I was mezmerized by the fact that entire episodes would pass while nothing had actually happened on screen. It was a lot like “Heroes” in that respect. More grunting, less Grunberg though. True story: my first flirtation with voice acting was auditioning for “Dragonball Z.” It was dubbed for the US by FUNimation here in Ft. Worth. I read for several parts and at one point I was in the running for some sort of cat or something, but in the end I didn’t make the cut. I knew the cartoon was shit, but I certainly would have liked to add “voice for weird space cat on national cartoon show” to my creative resume.

Do you want to see “DB: Evolution” just to witness the trainwreck? Or do you think it might actually hold some genuine intertainment value? I plan to stear clear, but leave your thoughts in the comments.