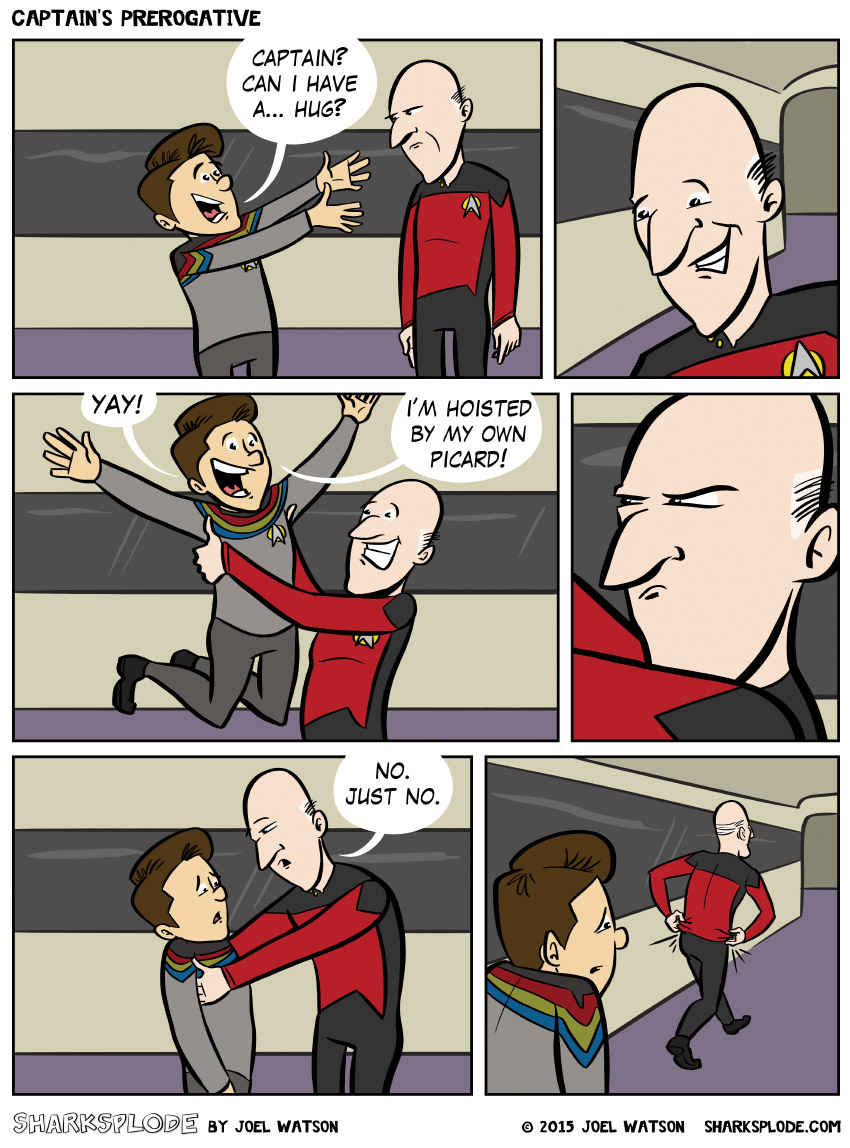 Here’s another resurrected and recolored and COMPLETELY redrawn FANEURYSM comic. As I explained here, there are a few FANEURYSM comics that I don’t want to allow to slip into the void of the Internet’s hazy memory, and that fit in nicely with the aesthetic of Sharkzpode. You can see the original, much smaller, and much more blue version HERE.

I showed this comic, as well as some behind the scenes aspects of the creative process to my Patreon Patrons earlier this week.

Wesley obviously wants Picard to be his dad. I always imagine the two of them in that scene from Boogie Nights with Heather Graham and Julianne Moore:

Wesley: “Captain?”
Picard: *comes up from doing a rail of coke off of a deactivated Data’s boner, “Yeah?”
Wesley: “I want you to be my dad. I’m going to ask you if you’re my dad and when I do, I want you to say yes.” *chops up a line with an isolinear optical chip
Picard: “Ok.”
Wesley: “Are YOU my dad?”
Picard: “Yes. YES!”
*both cry into a pile of cocaine while the ship is being overrun by Romulans

Sharksploders: Which fictional character would you like to have for a parent and why?