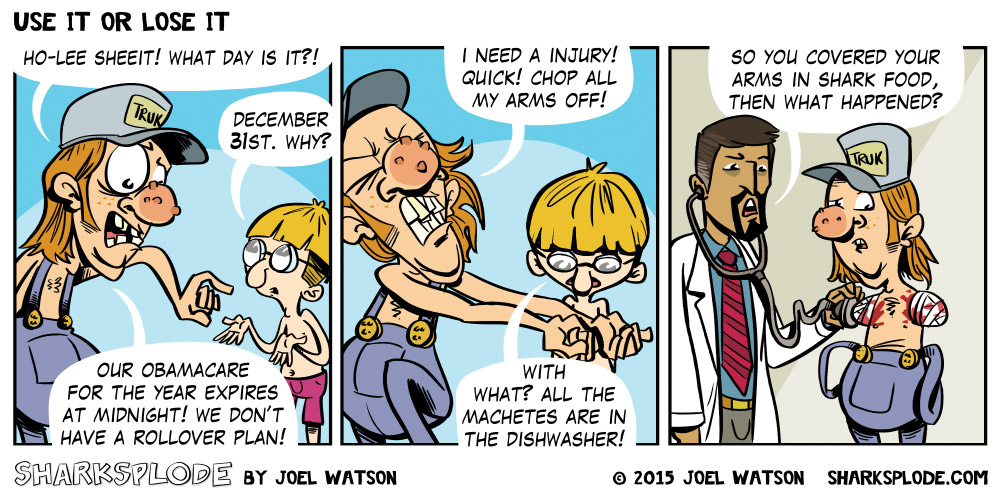 The rollover medics! That’s how they get ya! This is basically me trying to understand every communication I have with my insurance company. About a month ago I almost cut my thumb off with an exacto knife, and rather than just go to the hospital, I held a towel over the gushing wound while my wife tried to figure out how much it might cost to get my hand sewn back together by a professional flesh seamstress. I’m grateful for the Affordable Care Act, in so much as I am self employed (or professionally unemployed) and for the first time in 9 years I do HAVE health insurance. But nothing about the ACA requires insurance companies to be clear with their language or comprehensible by a thinking human in any way. Eventually we decided that it would either cost $250 or one hundred million dollars. We chose to glue my hand back into it’s original configuration and go on with out lives. Many weeks later and I have a small scar and ALMOST full feeling in my thumb.

Sharksploders: Have you ever had an “I SHOULD GO TO THE EMERGENCY ROOM… or maybe I can fix this at home!” moment? No? Just me? I might have decision making problems.