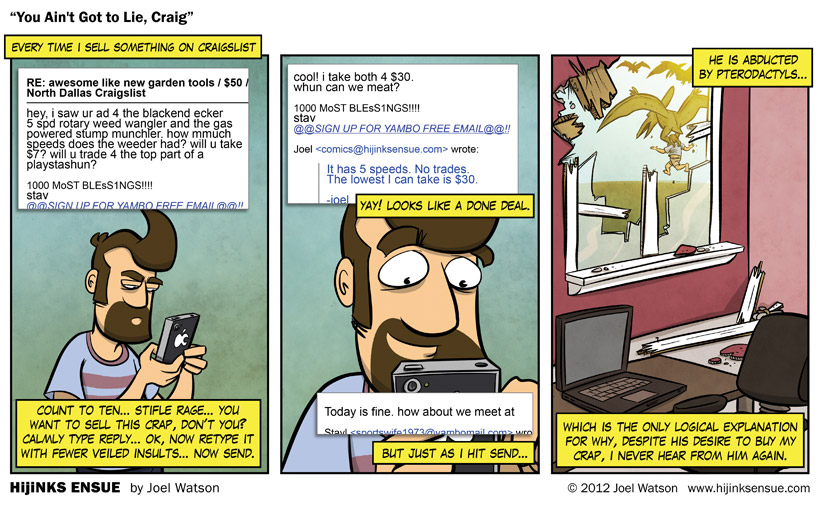 Posted in Uncategorized and tagged craigslist, dinosaurs, tech, the internet.