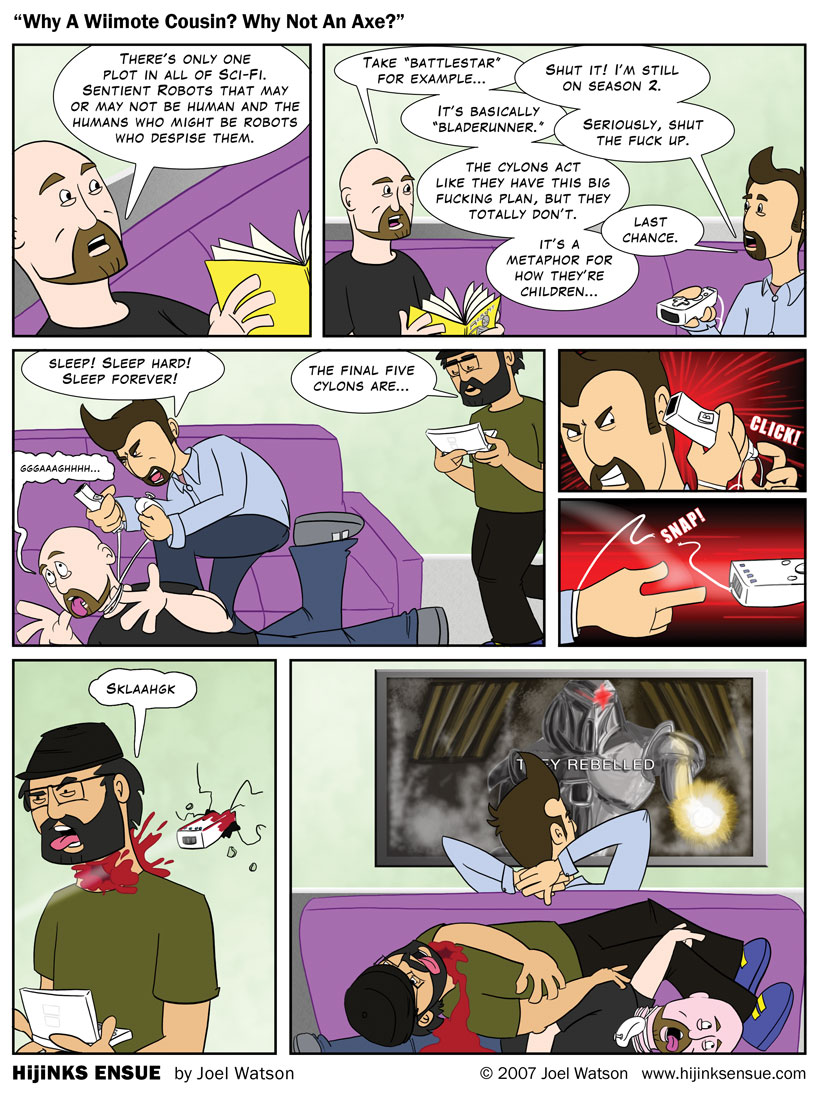 Anyone? Robinhood: Prince of Thieves? Anyone? Guy of Gisbourne? No?

Moving on. I just finished Season 3 of Battlestar Galactica. I’m late to this party, but I brought the Barbecue Funyuns. Josh had been telling me for years that I was missing out by not watching BSG. It wasnt that I didn’t care. Oh, contraire. I cared too much.

When I love something, the good people at VivendiUniversalMTVFOXComedyCentralEXXonMobilMrsBairdsBread start the death clock (not the DethKlok). I told that bald headed bastard that If I ever loved this Battlestar that it would be swiftly taken from us all. Rendered asunder like so much Wonderfalls, or dare I say it, Firefly. Why did you leave us Captain Tightpants? Why?

Well, I signed up for the Netflix, put seasons 1 and 2 in the que and immediately started watching BSG…every night. 3 and 4 episodes at a time. “Riker’s Beard, this is good scifi!” I says. 14 seconds later it got canceled. Thats right, my love is cursed. Woe unto to yee that knows my love, for yee shalt be cancel-ed. ALL ARE CANCEL-ED!

Josh tried to convince me that I was part of the problem for not watching it sooner. I pointed out that downloading HDTV rips of the episodes from Bittorrent wasn’t exactly supporting the show either.

I think I actually heard him “Herumph” at that point.