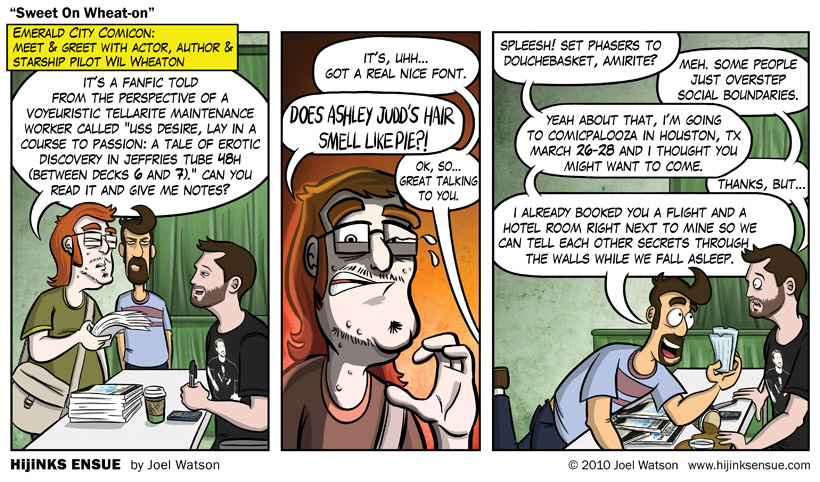 Getting a little too pluggy for your tastes? Well, the plugs are paying for my table and hotel at Comicpalooza so how about roll with it just this once and, if you are in the area, come out and see what promises to be a very cool comic/pop culture show.

Meeting Wil Wheaton at Emerald City Comicon was such a thrill that I thought the experience deserved it’s own comic. He’s such a kind and gracious dude. I highly suggest that you check out his various podcasts and books, especially the Memories of the Futurecast and the book what inspired it called [shockingly] Memories of the Future. If you ever wondered what it was like to actually grow up on the set of Star Trek: The Next Generation (especially during the highly questionable first season) this is a must-read.

It’s not a cheesy tell-all, but rather a sweet and hilarious look back and being a part of an amazing pop-culture phenomenon and not being old enough to fully appreciate it at the time. Wheaton looks back on Season 1 with equal parts nostalgia, humor and “WTF were we thinking”. No where else are you going to get this perspective on TNG and it’s truly fascinating. Do yourself a favor and pick it up. 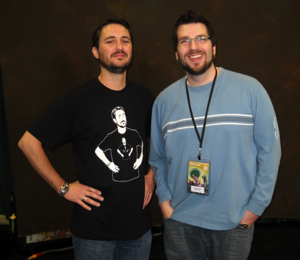