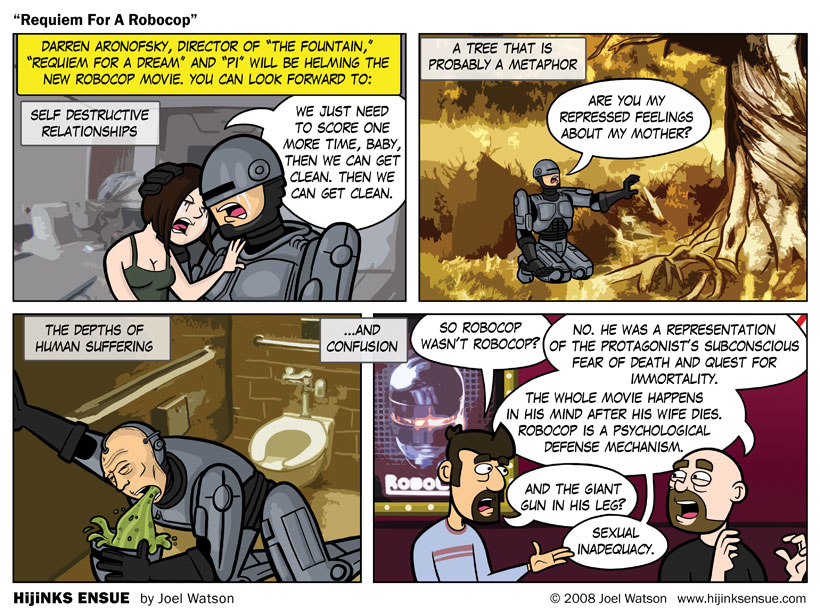 There’s also a tunnel of light that probably represents a vagina or something.

Aronofsky certainly wouldn’t have been the first name that came to mind when someone mentioned “Robocop.” He’s a fine director to be sure, but arty as the day is long. Each of his films has a very distinctive artistic visual style, which would certainly benefit any sci-fi franchise, but I don’t slot him as an action story teller. That’s probably a good thing. He might be able to take Robocop away from puns and explosions and move it into more of a “Dark Knight” direction of realism and… darkness… and knights.

I wonder how often that conversation is being had in Hollywood right now.
“The project is a mockumentary about florists staring Parker Posey and the dad from American Pie, but gritty… like the Dark Knight.”
“We’ll take two!”

I assumed not enough of you had seen “Pi,” so I left out the RabbiCop jokes.