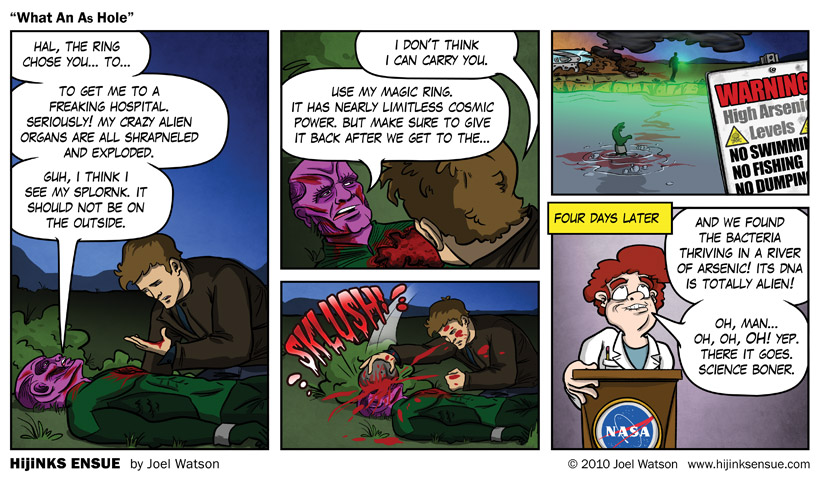 UPDATE: The Book 2 presale has begun! 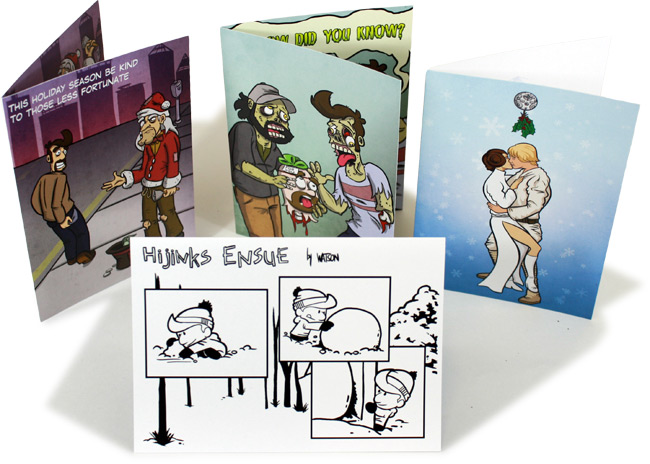 This is a comic about multiple disappointments. The first is concerning NASA’s announcement that they found some bacteria that don’t die when you replace their phosphorus with arsenic, or whatever. First contact this is not. The second is related to the all CG costume in the Green Lantern movie and how silly it looks [hint: EXTREMELY SILLY]. When I first saw the trailer on Youtube as a clip from some entertainment news magazine show it was super small, super grainy and the costume looked embarrassing. Then I saw a second clip from the same show, but cleaned up and more clear. It was still small but at that point I thought I might have misjudged the rediculatude of the costume. Then I saw the full HD trailer and realized that it looked just as crazy titty-balls as I had originally thought and the film makers had made a huge mistake. There was a valley in the curve of the quality of the various trailers. We’ll call it “Hope Valley.” Just after hope valley there’s a steep jump off into “Plastic Neon Glowin 8-Pack Nonsense Abs Chasm.” No one survives the fall.

Check out these damn HE Holiday cards in the store! You need to get them now so you can receive them in time to mail them back out before the Squash Lord crawls through your heating ducts and puts meat pies in your shoes!

HE Book 2 goes up for pre-order on Monday 12/6/2010. Without a successful pre-order there will be NO BOOK. This is also your only chance to get an artist edition other than at cons.

Here is a video that FB Locke Cole made for school regarding copyright using some clips from an interview that I did.