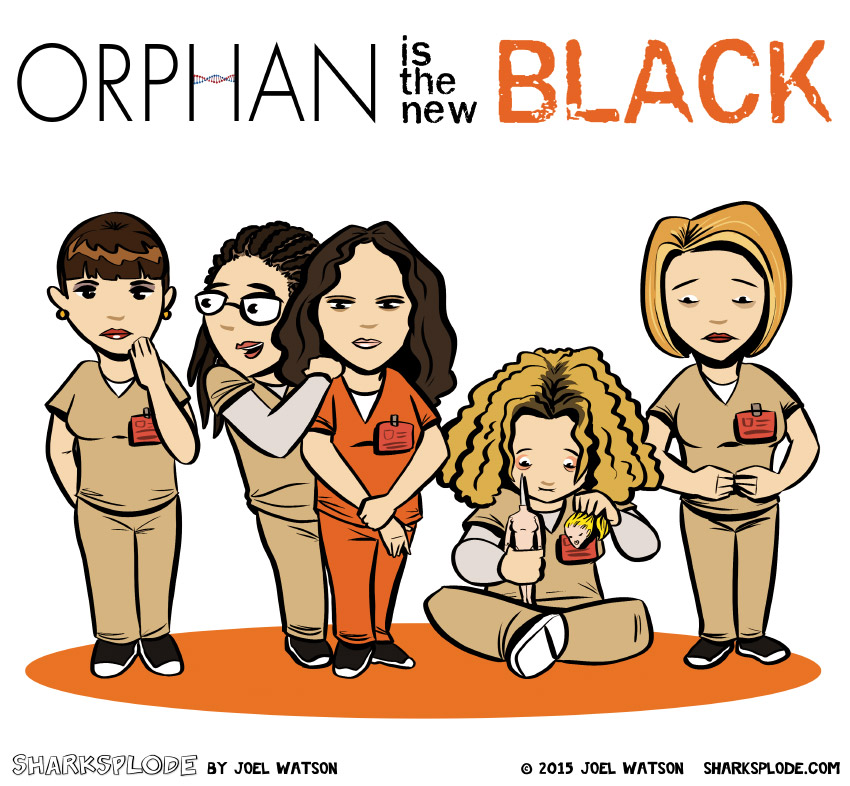 I just finished season 3 of Orange Is The New Black. The shift in tone took a couple of episodes to get used to, but eventually it felt like a nicer balance between heart warming/chilling character development, drama and comedy than previous seasons. I like that Piper is now the least interesting character on the show. I wonder how long we’re going to have to wait for the rest of network and cable TV to catch up to Netflix in terms of them having found the perfect format for releasing serialized video entertainment chunks. I would rather every single show I watch just hold on the entire season until it’s complete, then release it all at once. I would also rather every show that tries to keep itself interesting for 22 episodes to cut that nonsense in half. Brevity is the soul of wit and 18ish hours is hardly brief when you’re really only telling one A story and a couple of B and C stories.

I’ve let Orphan Black pile up on the DVR this season. It’s all there waiting for me, but I haven’t felt motivated to watch it. I think the first seasons was perfect, and the 2nd started to flail a bit in terms of direction. I still think Tatiana Maslany deserves each and every acting accolade and award that we, as a species, are capable of giving out, but I just haven’t felt like spending any time in the clone zone. The fact that I don’t feel like I’m missing out (because I know it’s still on my DVR and will be there waiting for me when I’m ready) falls right in line with my admiration for the “release ’em all when ther’ done!” TV model. For me, a TV show has become a thing like an album. When I get a new one that I like, I listen to it on repeat almost exclusively for days or weeks. When I binge watch a show, I feel the same way. I want to spend time in the world that bit of entertainment allows me entrance to. I want to enter that particular headspace and swim around in it for an extended amount of time. It’s much more immersive for me to enjoy art this way. To just wrap myself up in it day after day for a week or two, then spend a few days decompressing and thinking about what it meant or how it made me feel.

SHARKSPLODERS: What bit of entertainment did you immerse yourself in for days or weeks at a time, and why?