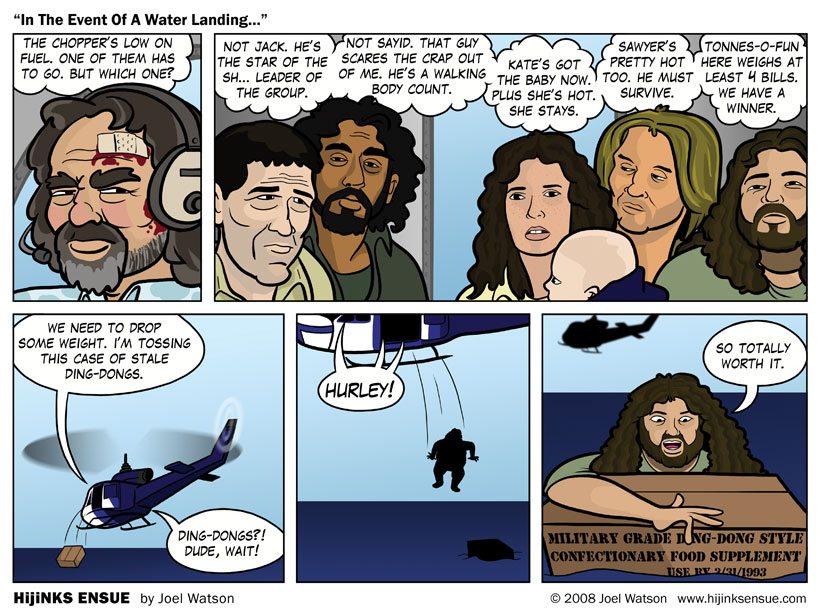 Ding-Dongs can be used as a flotation device. So can Hurley.  The resulting tsunami actually destroyed The Island.

I assume at least some of you haven’t seen the LOST Season 4 finale, so rest assured this comic doesn’t give anything away. It is merely an alternate (more realistic) course of events that could have taken place in last night’s episode.

For those that have seen it… are you kidding me? You saw everyone looking at the lard-ass-son-ma-bitch. They were all thinking it. Survival of the fittest, motherfuckers.

Don’t forget to sign up for your summer internship with Octagon Global Recruiting.

Apparently this was the 100th HijiNKS Ensue comic (not counting the 2 guest comics).  I’ve considered doing a book of the first 100 comics, then doing the the first full 2 years (all of 2007-08) as a deluxe book when the time comes.