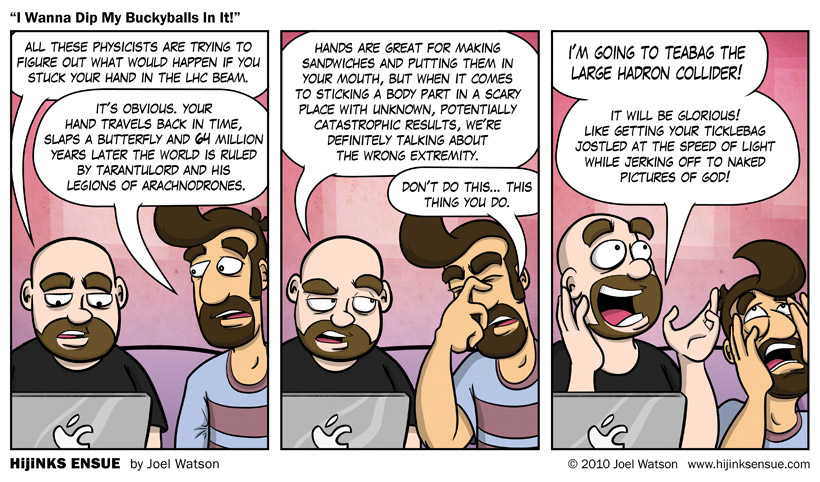 Apparently none of our giant-headed physicists can use their science brains to figure out what would happen were one to slip a wayward hand into the particle stream of the Large Hadron Collider. If you watch the video, their guesses range from, “I don’t know,” to “You can’t because it’s 100 meters below ground,” to “It’s like an aircraft carrier the size of a proton is driving through your hand but also there’s several billion of them so you die.” I like the last answer best. Instead of a circle, we need to re-engineer the LHC into a straight line and start some Dr. Doom “hold the world for ransom” type shenanigans.

The quantum sex act Josh describes in panel 3 is referred to in scientific circles as a “Swedish Fiddler,” a “A Golden CERN,” or a “Hot Black Hole with a Reverse Baby Universe.”

Commenters: Feel free to post your theory about what happens when you stick your hand in the LHC. Also, I’m designing holiday cards tonight. You have an idea for a card? Post it in the comments. This is your ONE shot to make suggestions.