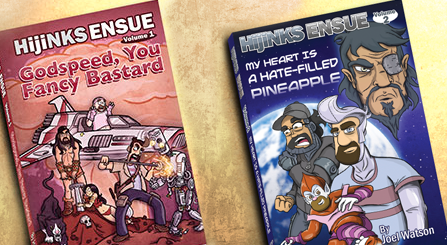 Did you know my books have 1000’s of words (many of them quite funny) that you haven’t read? I don’t just put the comics you’ve already seen on the pages. I write NEW COMMENTARY for each and every comic. There’s also funny character pages, forewords, stories, random nonsense and embarrassing crap I drew in middle school. What I’m trying to say is BUY MY BOOKS! I worked really hard to make them special and I think they’re great.

This is a thing I have been concerned about for a while. WHY DOESN’T MR. T AGE?! He is identical to the man (or is it myth?) that I knew of as a boy. Had that god damn son of a bitch kid that lived next door to me when I was 8 NOT broken my Mr. T action figure, I’m sure I could compare it to the man today and see no discrepancy other than his lack of a torso joint that spun 360 degrees! Oh, and REAL clever using Scotch tape to reattach Mr. T’s head, shitty fucking neighbor kid. Like I wasn’t going to notice. I was in honors classes! They taught us to look for shit like that! Context clues, motherfucker! Comprehension! And I was SUPPOSED to get to borrow your scooter in exchange for letting you take my Mr. T for the weekend, but when I went to claim my half of the bargain, your step dad told me it was locked in the shed and you were at your mom’s! FUCK YOU IN THE FACE FOREVER.

But I digress. My working theory is that Mr. T always has been and always will be. He might be some sort of celestial observer like Uatu The Watcher who just keeps tabs on Humanity for some unknown (hopefully benevolent) purpose. Or perhaps every planet has a Mr. T to protect it, like a jewelry-laden Green Lantern. Any one of those chains could be his power source. He probably wears so many to confuse his enemies. Using advanced maths and a comprehensive knowledge of 80’s pop culture, I can deduce that Richard Simmons is the Sinestro to T’s Hal Jordan. Their energies certainly seem equal but opposite.

COMMENTERS: Post your theories about Mr. T’s origins or mythic back story. Even if he’s just a regular human, you have to admit, he has aged remarkably little in the last 30 years. If not space magic, then how has he maintained his appearance? I bet it’s camel spider venom.

Holy shit, C2E2 in Chicago is next week. I’ll be with Blind Ferret at Booth 432. You Chicago FB’s saw how well Seattle did in the cookies, coffee, and booze gift  department right? Are you going to let them show you up? Have you seen how shallow the pizza in Seattle is? Are you going to let them win?! [iced or hot soy latte, Starbucks Doubleshots, rum, vodka, tequila, pretty much any kind of chocolate, no nut allergies… I’m just sayin’.]