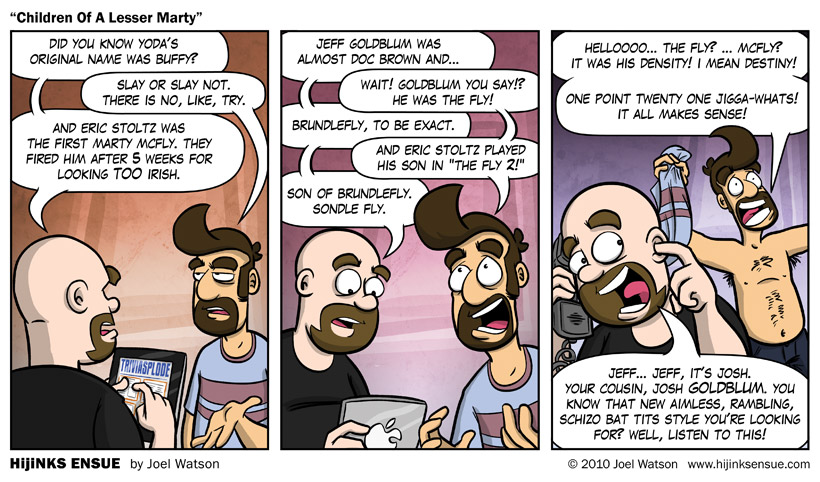 Posted in Uncategorized and tagged back to the future, eric stoltz, jeff goldblum, movies.