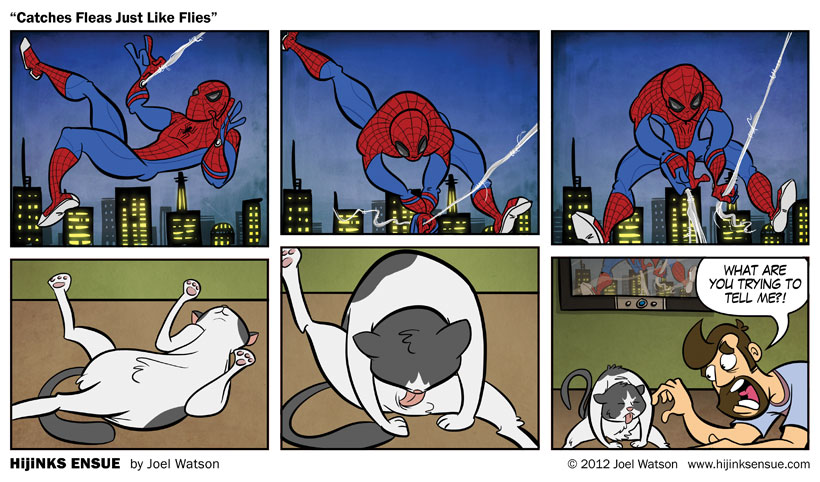 San Diego Comic-Con is this week! I will be hanging out at booth 1332 with Blind Ferret. Check my Twitter for signing times and availability. More info HERE.

Big thanks to Mark Waid of Daredevil and Thrillbent for the shout out to HE at the end of this Onion AV Club interview about digital comics.

This comic was inspired by and features the second appearance of my cat, Replay. [UPDATE: Fancy Bastard Stephen found another instance of Replay in the comic archive.] My other, stupider cat’s name is Tivo. They both hate commercials. The title is derived from how my daughter actually sang the theme song to the 60’s Spider-Man cartoon show when she was 4 years old. It seemed oddly appropriate.

I wrote up a bunch of thoughts on Twitter about The Amazing Spider-Man after seeing the movie. Rather than paraphrase, I am just going to post it all below. COMMENTERS: Feel free to post your thoughts on ASM in the comments. I would say, “No spoilers,” but how can you spoil a story that’s been told 100 times over the last 50 years? [words in blue are from Twitter followers]