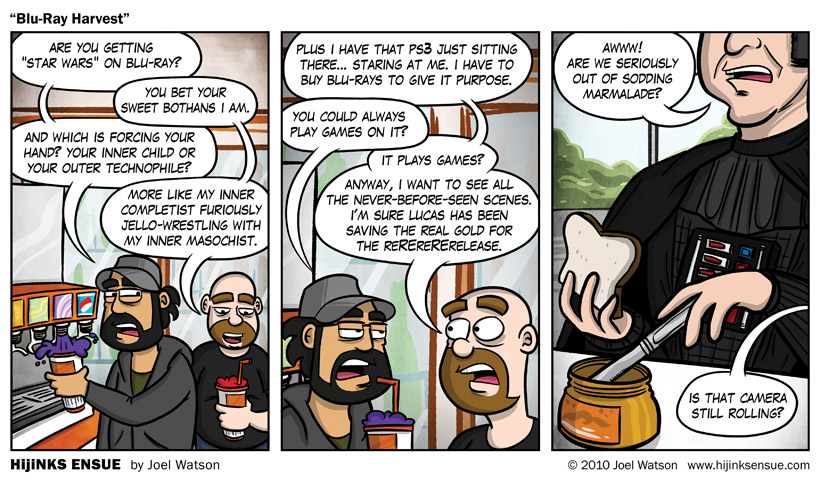 The Dallas Scifi Expo is this weekend SATURDAY AND SUNDAY!!! I will be sharing a table with Randy from Something*Positive so put on your Storm Trooper helmet and come say hi. I have on good authority a man called Jayne is going to be there.

I’m posting this at a million o’clock the night before a con, so I don’t have much time to type… words… about George Lucas and Star Wars and Blu-Rays and such. Please post your intentions (to buy or not to buy) in the comments as well as what you think Lucas could have possibly left of out of the first 4 releases of the film.

Here are some links: