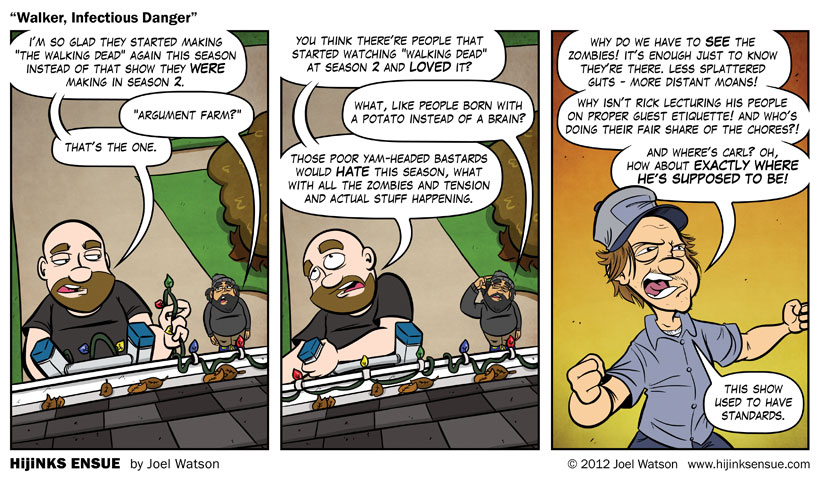 CRUISE FUNDRAISER: About 55/100 prints are sold and I only have until Dec 15th (10 days left!) to meet my goal of selling all 100. Help me get on a nerd boat and get some neat art for yourself in the process! 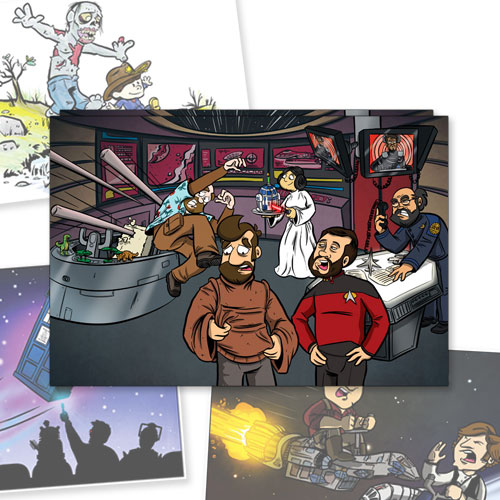 Sweet decapitated, yet still teeth gnashing Father Christmas I am SOOOO pleased with The Walking Dead‘s return to form this season. I consider it a television tragedy of the highest regard that they basically took an entire season off, but with season 3 the show has done such a fierce and rewarding 180 as to almost allow forgiveness for wasting our time for 13 Farm-tastic episodes.

In all honesty, season 2  had maybe 4 episodes worth of compelling story and content, but they decided to spread it out over 13 hours with nearly an hour of it jammed in the finale. It made for an uneven and uninteresting season and prompted many fan (including myself) to mark the show as dead in the water. I know it had a lot to do with the budget cuts, increased show order and crew departures, all of which make it even more shocking that Season 3 has been so enjoyable. Enjoyable is the thing where you’re so tense it feels like your temples are being crushed under a forklift and you bleed uncontrollably from your ears and scalp, right?

I made you a LoFi comic about Jack Reacher. Don’t forget to check the thumbnail to the right of the comics to see if there’s a new LoFi. I’m updating them more often now.