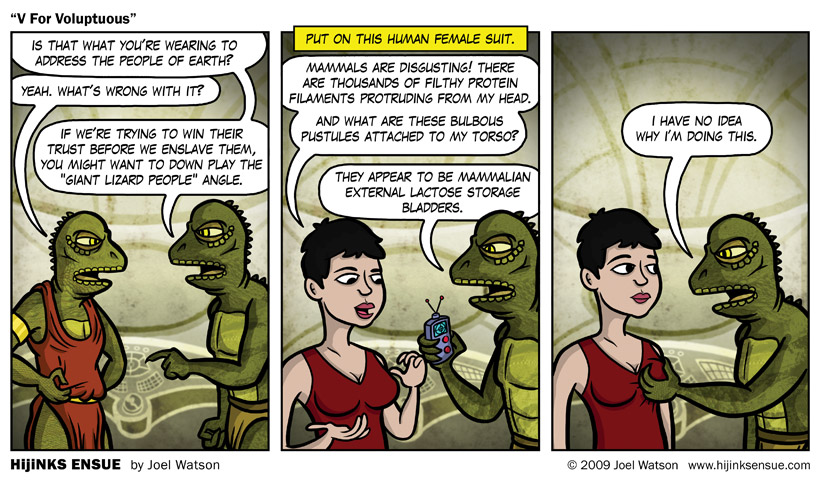 I’ve never seen the original “V” mini series, about space lizard people that wear human suits and try to take over earth after promising to share their magnificent space lizard knowledge with humanity. Nor have I seen the short lived 1980’s TV series, but THIS TRAILER for the re-double-remake television series debuting later this year on ABC has me ex-sci-ted.

My reasons for excitement are as follows:

I think I’ve made my point.

I expect this show is being made as a direct response to BSG. If one campy throwback TV property can be ressurected and remade into top notch scifi and garner a rabid fan-base, what can’t another one? The producers were smart enough to include two scifi stars we already know and love to make the transition easier. They want our acceptance and devotion without resistence, so they put pleasing and trustworthy faces on their… OH GOD THEY’RE FUCKING SPACE LIZARDs FOR REAL!!!