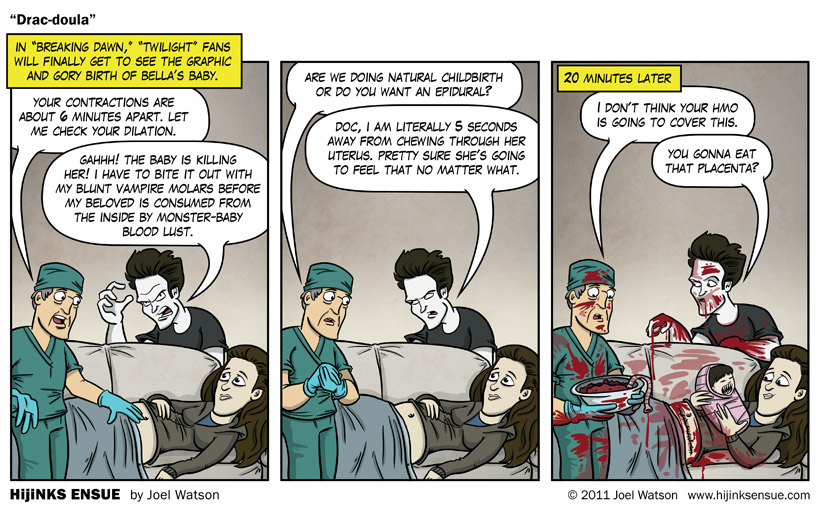 The only thing I know for sure about Twilight: Breaking Dawn is that the director own’s one of my Team Edward shirts, because his partner bought it for him at Comic-Con this year. He was a nice guy (the partner, never met the director) and apparently he bought most of the BSG props when they went up for auction. I’m talking hatch doors, the CIC table, the phones, the computers, everything. So that’s pretty neat.

COMMENTERS: What scene in any movie has really surprised you with how uncomfortable it made you feel? Doesn’t have to be horror or gore. Just anything that was completely out of place, over the top or beyond the boundaries established earlier in the film.