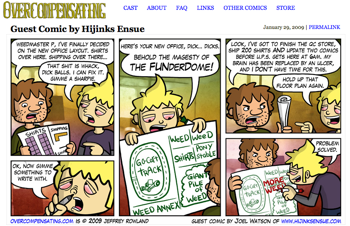 Posted in Comic Blog and tagged joel does a guest comic, overcompensating, topatoco.