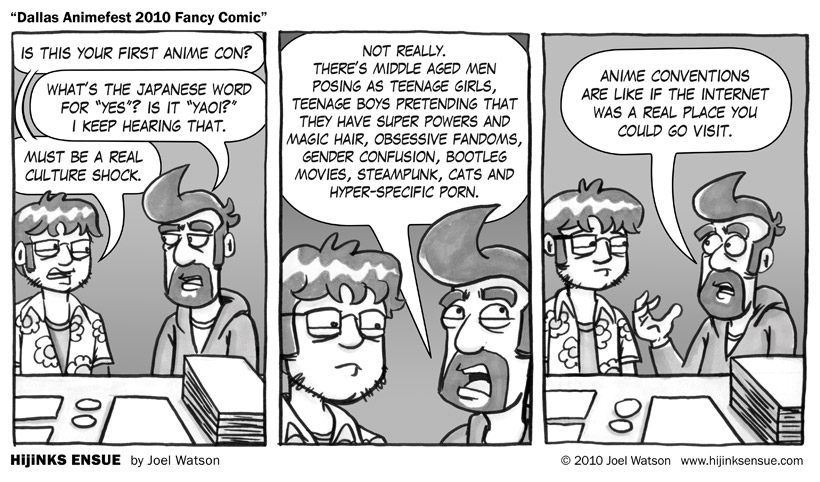 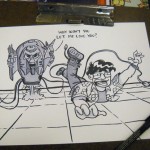 Dave Willis (the scruffly guy in the comic above that isn’t me and who is launching a new comic called Dumbing Of Age on Friday) was actually sitting next to me when I had this conversation with myself, so it’s essentially a true story.
[UPDATE: View the Shortpacked panel that Dave and I did]

Dallas Animefest 2010 WAS my first Anime convention (as an attendee or an exhibitor) and though I make my living and spend each day with two feet firmly planted on the internet, there were things there I was not prepared to see. Nothing shocking or (entirely) disturbing… just things I hadn’t mentally or emotionally prepared for. Old, fat, bearded guy dressed as a baby doll comes to mind (and stays there… and won’t leave… ever). He caused me to coin the term “tranime.” Having someone introduce themselves as a “helpful tiger” is also uncommon in my normal, day to day routine.

Despite these cultural disparities I had a blast and would happily go back next year. Thanks to Dave for keeping me company all weekend and J. and Mel from Two Lumps for introducing me to the Pocky-fueled, befursuited world of anime cons.