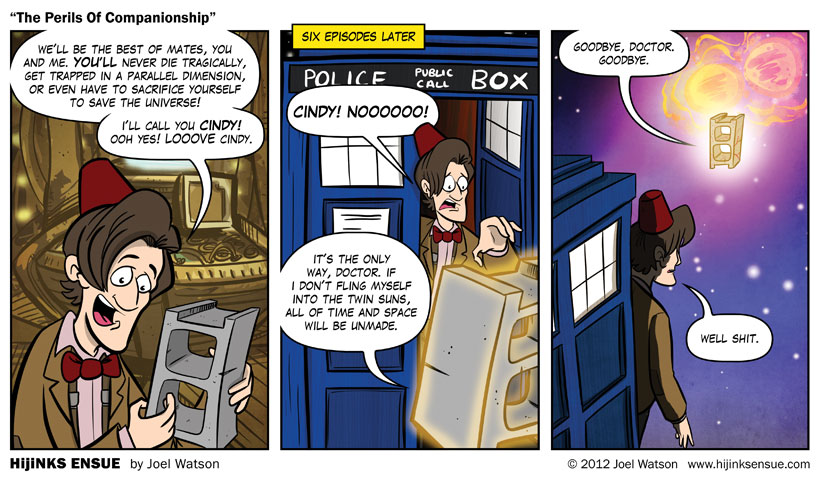 Farewell, Amy and Rory. You were cute and ginger and stubborn and I liked you a lot. Go along, Ponds.

COMMENTERS: How do you feel about the Pond’s exit? Spoilers are fine. It’s been a couple of weeks, right?

DON’T READ THE COMMENTS OF YOU DON’T WANT SPOILERS!!!