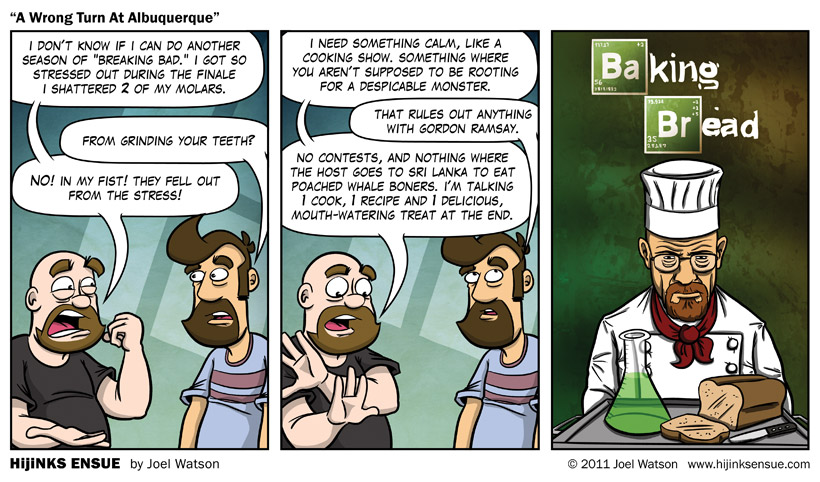 If regular episodes of Breaking Bad give me ulcers, the season finales typically cause my stomach to attempt to digest itself. I can’t really comment on this Sunday’s season finale since essentially everything I can say is a SPOILER. I will say this, however, “OMGWTFWALTERWHITEABQ!!!” Yeah, it was that type of situation.

COMMENTERS: The idea for this comic was born out of some fun I was having with the Fancy Bastards on Twitter this weekend coming up with alternative, alliterative shows that might star Bryan Cranston as Walter White. I started with Baking Bread, Braking Boards, Busking Broads and went full speed to stupid-town from there. I will post some of my favorite @responses from readers in the comments. Feel free to come up with your own. Please do not post any Breaking Bad spoilers in the comments. 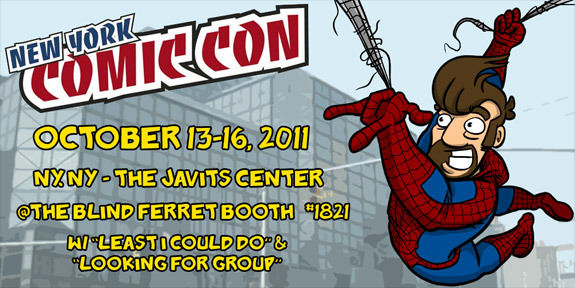 I will have books 1 and 2, T-Shirts (including the new “Winter Is Coming” shirt and maybe a debut of another new shirt), stickers, sketches and prints. I am going to be staying in Brooklyn so I hope to hit up the Doctor Who themed bar, The Way Station. Maybe we can do a bit of an informal Fancy Bastard Meetup there.

Starting tomorrow (Wednesday), I will be running a few guest comics created just for you by several of my webcomicing cohorts (Paul Southworth, Sam Logan, Randy Milholland and Alina Pete). Based on what I’ve seen so far, this will be the most epic HE guest week ever.