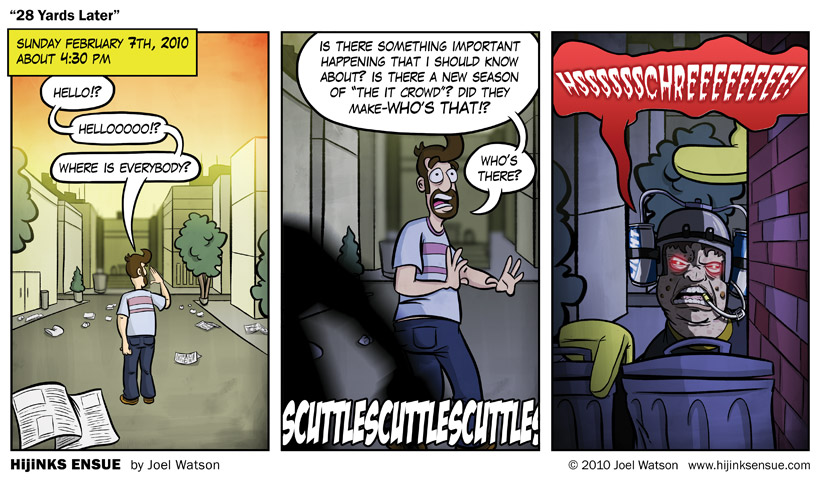 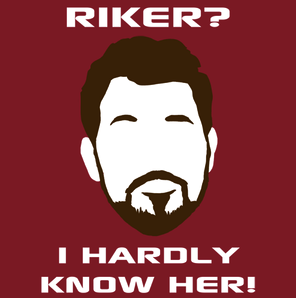 Every year at Super Bowl time (they do have one every year, right?), I get this feeling like I could go on a looting rampage and no one would notice because the entire country is engrossed in a shared experience that I just dont comprehend. I’m not going to rail against football or sports in general here, because I’m sure most of you have at least a passing interest in an organized sportsmanship match… game, and I have no interest in alienating you all at once with my crotchety ramblin’s.

The point of this comic is not to say that I think all football fans are mindless zombies, but rather that Super Bowl season leaves me feeling completely isolated from the rest of country in a way that it very hard to explain. It’s like I’m the one Betazoid who’s telepathy never developed, so everyone around me is communicating without words and I have to use clumsy, fumbling language to try and get a point across. It’s especially hard for me in Texas. When someone asks you which team you are hoping will acquire the most points in the Super Bowl in order to win the match and you reply, “I don’t follow football,” you might as well be saying, “Sorry, my dick was chopped off in a combine accident and subsequently mixed with grain and fed to chickens. Because that’s all my dick’s good for. Chicken feed.”

I did attend a Superb Owl party hosted by Eli (check out his Shitty Movie Blog) and Denise (check out her Cooking Blog). I enjoyed the food and the company but didn’t really pay attention to the footballing. Even when I do turn my attention to the game, I have no idea what’s going on. There’s 45 seconds of what appears to be action then 12-42 minutes of people standing around talking while other people talking about the people standing around talking and speculate on who might get the most points and how they might do so. It’s me. I’m weird. I just don’t get it.