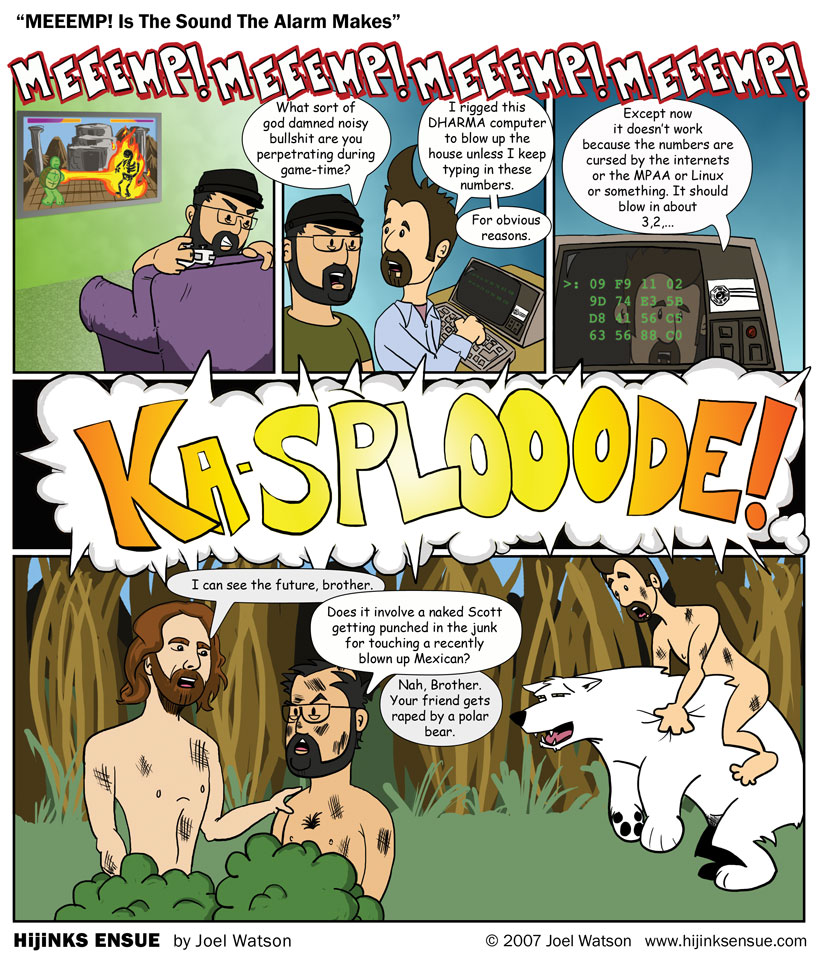 I once said that Lost is like reading the first 3 chapters of 10 different books, then going back 6 months later and reading 17 random pages from 5 of the books. What do you do with the other 5 books? (the story started with 10 remember?) You lose those books for at least a year.

Ok so here we are at least a year and a half later, and you find those remaining five books. You pick up on those where you left off low those many months ago. You remember what was going on in those chapters, (sort of) but you’ve basically lost interest (lost…get it?). One of the guys in the 3rd book (of the 2nd set of 5) turns out to be the same guy that caused this one guy from the 4th book (of the first set of 5) to loose his job, and thus go home, get drunk and beat his kids. Who did those kids turn out to be? Fuck you, that’s who.

Damn you Henry Ian Cusick and your acursed ambiguous accent! A pox on you! A reader pointed out that Demond is supposed to be Sottish, not Irish. Two comics in and I’ve already issued a retraction. Thanks to Adam Y.