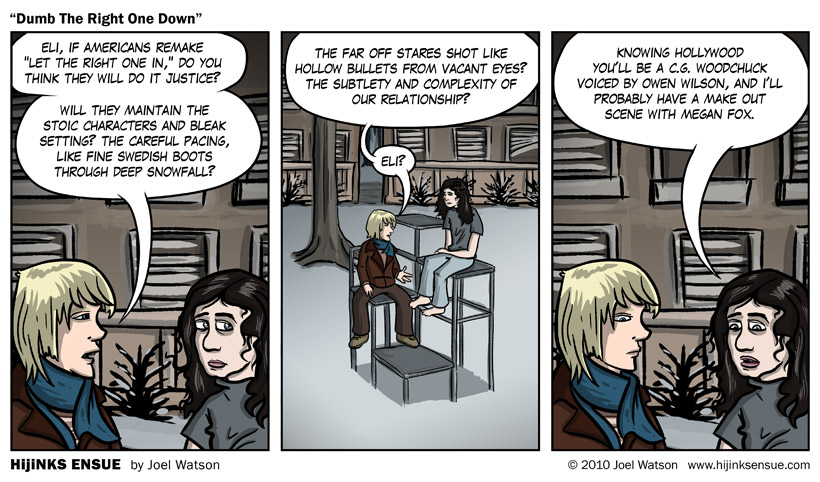 Posted in Uncategorized and tagged let me in, let the right one in, movies, remakes, vampires.