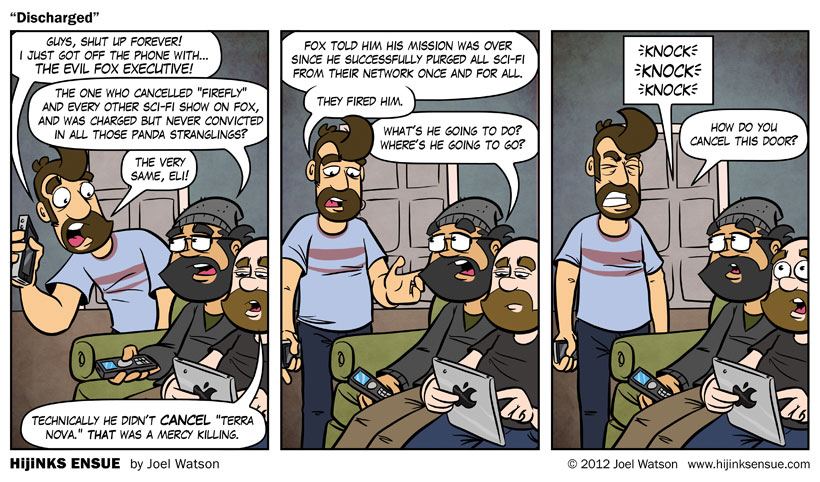 Posted in Uncategorized and tagged evil fox executive, fox, scifi, Storyline: Am I Evil? Yes I Am., terra nova.