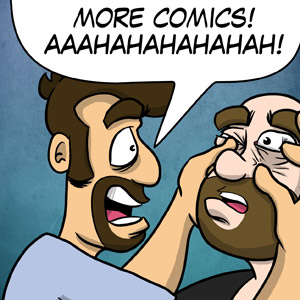 Posted in Comic Blog, The Experiment and tagged news.