I’m not 100% done with comics, but I am taking a much needed break from them to recharge and try out some new areas of creativity. If all goes well, this will be the beginning of a new chapter in my career and a new direction for my creative output.

Also, I’m working on bringing back the HijiNKS ENSUE Podcast (or rather, A PODCAST called HijiNKS ENSUE) in the next month. Lining up guests now. I decided just to do it, rather than wait for a Patreon goal. I hope you guys enjoy this new stuff. I had a lot of fun making this video.

OH! And PLEASE subscribe to the YouTube channel. There are several features that I need that aren’t unlocked until the channel has at least 100 subs. 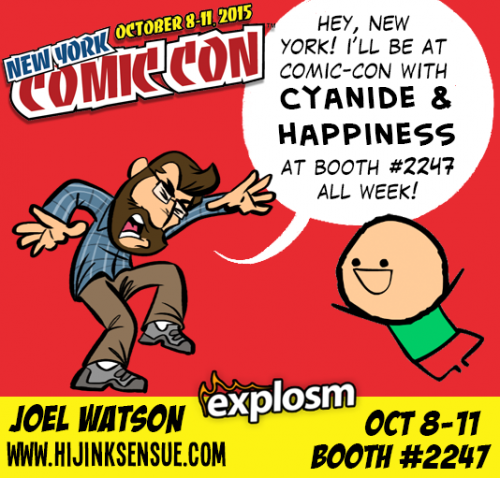 I’ll be selling prints, doing sketches and signing stuff (including the season 1 DVD/Blu-Ray of The Cyanide & Happiness Show) with the Explosm boys all week at New York Comic Con! Come visit us at booth 2247, won’t you? 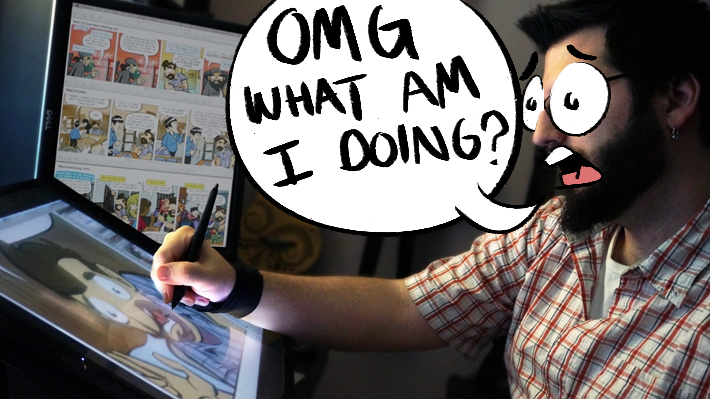 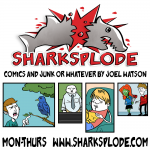 Hey, guess what? I started a new webcomic called Sharkspode! You might remember the name and URL from the t-shirt site I used to run with my friend Wil. Since all of those shirts were either retired or folded into the HijiNKS ENSUE Store I decided not to let a good, weird URL and a logo featuring an exploding shark go to waste. 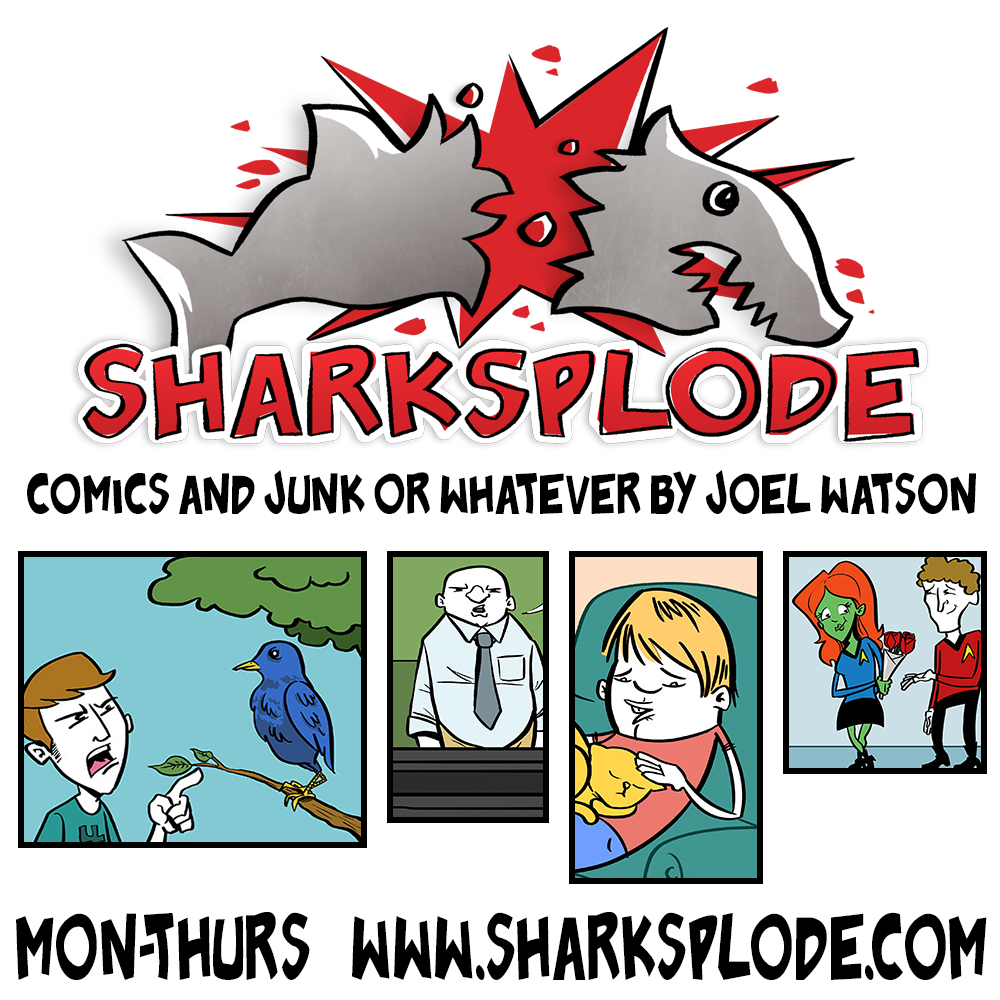 I’ve posted 4 comics to get you started and there will be a new comic every day this week. After that it will update Monday through Thursday. Please share the site and the comics with your friends on Facebook, Twitter and however else you see fit. It’s a bit scary feeling like I’m starting over from scratch wit zero readers, so every little push in the right direction helps.

Make sure to bookmark the site or subscribe to the RSS feed.

Enormous thanks to Hiveworks for helping me get the site up and running while I was out of town this weekend and away from my normal tech and reliable internet access.

I’ve worked really hard on the comics and this site, and I hope you enjoy them. I have the benefit of 8 years experience making comics to put into this new endeavor, but it is still incredibly young. I expect it will take me a while to really find a voice for Sharksplode and hone in on what exactly I want to do with it. I had planned to launch with 10 comics on day one, but I actually ended up redrawing the first strip from scratch 5 times trying to get the new art style right. Anyway, I an excited and I hope you are excited. 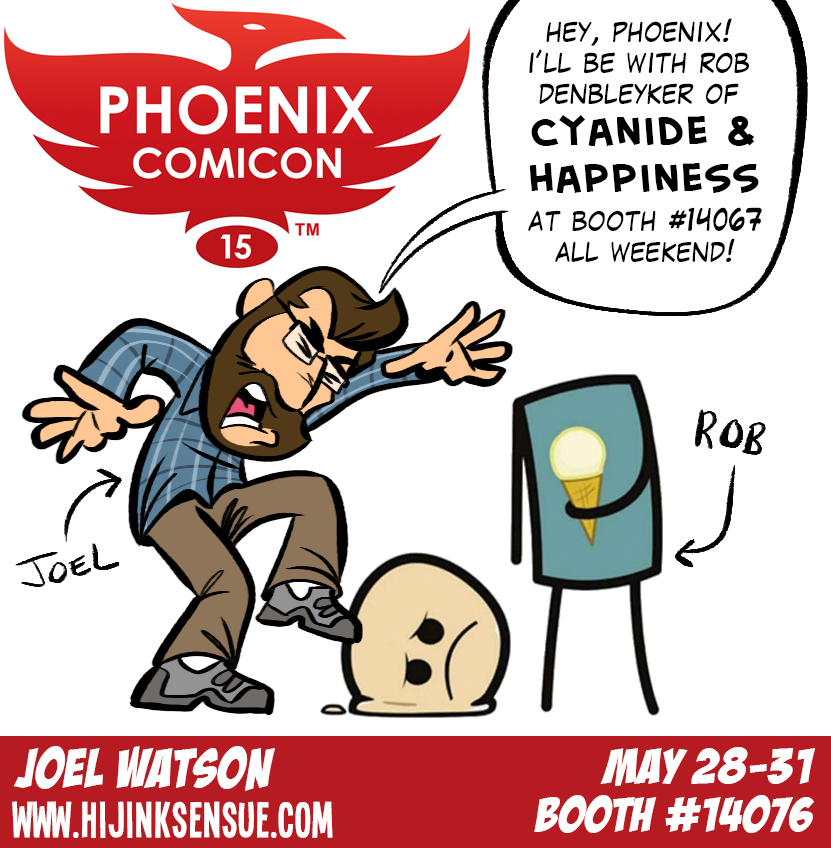 I’ll be with Rob Denbleyker at the Cyanide & Happiness booth (#14076) from Thursday to Sunday (May 28-31). I’ll have HijiNKS ENSUE and FANEURYSM prints for sale, and Rob and I will be doing C&H sketches all weekend. Hope to see you there!

I get home on Monday June 1, and I’m also launching a new webcomic that day! (Assuming I do not fall prey to the BLOODWOLVES)

Stay tuned for a link and details.