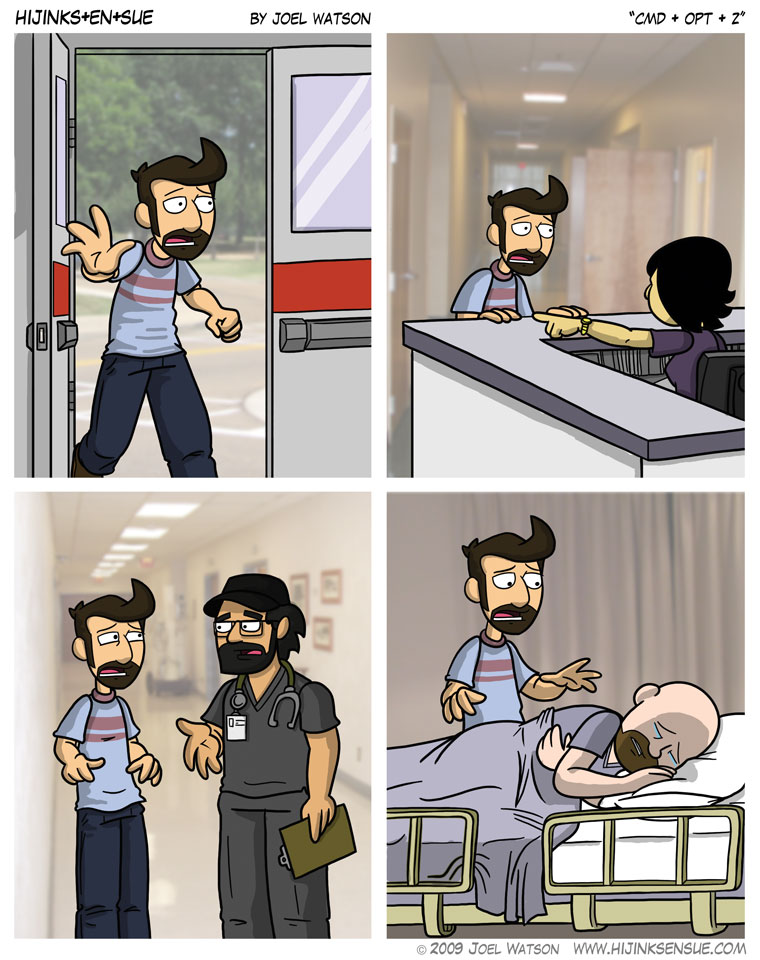 I hope you guys dig the new art style and the bold direction I’m taking with the story line. I felt like this comic worked really well without dialog, but if you want to… oh, I don’t know, ADD YOUR OWN, and POST YOUR EFFORTS ONLINE and maybe PUT A LINK TO IT IN THE COMMENTS I guess that would be ok.

[NOTE: I don’t actually read CAD, nor do I have any sort of grudge or hatred toward it’s creator. The original comic in question turned into a meme almost instantly and became one of the most parodied things on the internet. This is just a “me too.” If this joke does not make you laugh, please come back Friday and there will be a new comic.]