Warning: array_merge(): Expected parameter 1 to be an array, string given in /home/hijinks/public_html/wp-content/plugins/seriously-simple-podcasting/php/classes/controllers/class-frontend-controller.php on line 728
 transformers – HijiNKS ENSUE 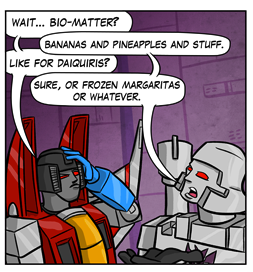 Guys, I made a giant comic for you! It just happens to be on a different website. My friend David Willis is taking his belated honeymoon this week (on JoCo Cruise Crazy of all places) and I did a guest comic for him over at Shortpacked.

Before you read it (and you MUST read it) you will need to familiarize yourself with the all too true story of how the US Post Office stole a box of David’s books and replaced them with the bottom half of a blender. I know it sounds like the craziest of fictions, but it is 100% tue and 100% robot-tits insane.