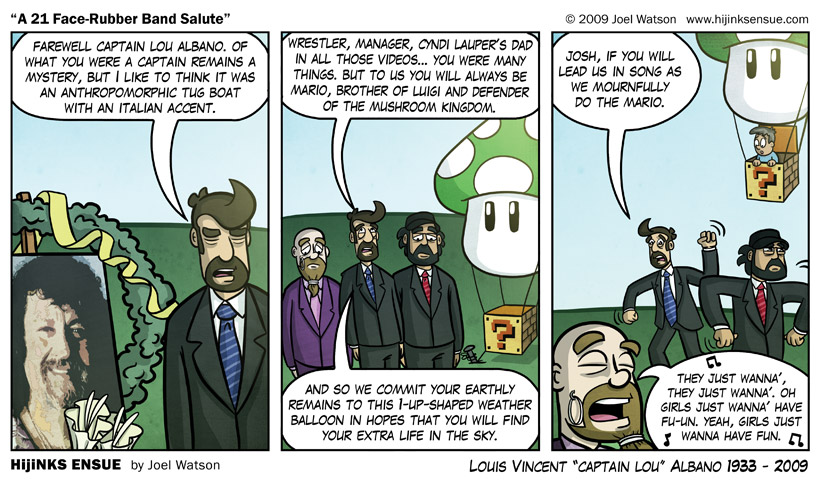 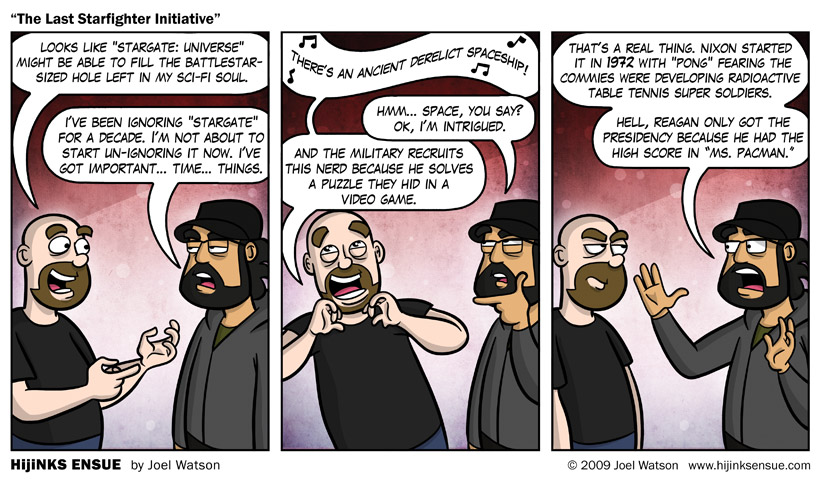 Got to keep it short and sweet today because it’s my last day to prepare for Baltimore Comic-Con. If you’re going to be in the area, come see me at table 129 Saturday and Sunday. Just look for the giant ass HE banner.  I’ll be on Twitter like crazy during the con so follow me to get up to the minute minutia.

Remember that the BOOKS ARE HERE and will begin shipping as soon as I get back from Baltimore. ORDER YOURS NOW and your wait time will be reasonably short.

So how was Stargate: Universe? Pretty good. I don’t want to go into the plot or do a full review (though a reader correctly pointed out that it’s “spaceship far from home” premise is reminiscent of Voyager), but it was quite serviceable sci-fi with decent acting, effects and which required no previous knowledge of the Stargate… well, universe. Basically just just have to take for granted that there are ancient Stargate wormhole portal devices and our military has been using them for some time for various reasons. The rest is new content and concepts. (Really, the original kick ass Stargate movie is enough to keep you up to speed on all the major concepts)

My recommendation is to check out the 2hr pilot, “Air.” If it makes your sci-fi-sense tingle, stick around. Even if you didn’t like previous Stargate series, you might find something new to enjoy with SG:U. 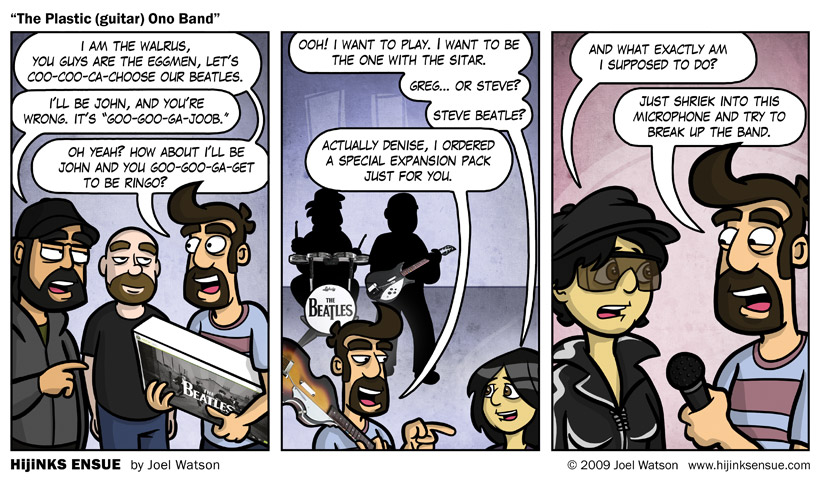 There was some sort of trend at E3 2009 towards getting gamers off their collective ass-flesh. Microsoft debuted it’s full body/no controller Project Natal while Sony offered their magic wand/raver glow stick hybrid dubbed the… well, nothing. They’re just calling it the PS3 motion controller. I’m sure by the time it’s released they’ll be calling it the “Cyber Lance” or “Excitement Bulb” or something.

Not being an active gamer, these products hold little promise for me for future entertainment, but I am quite intrigued by the technology involved. Microsoft has opted to do away with the controller completely (a ballsy yet foolish movie IMO) so that you can swipe furiously at menus, roundhouse kick your gamer tag to log in and scream movie preferences at your TV with all the fervor and zeal of someone who’s been on the phone with a Discover card voice-robot for 45 minutes (I think you said “Cock Shitting Fuck Mouthed Piece of Shit… If that is correct say “Yes” or Press 1). Their tech-demo was impressive but I really don’t see it translating well into an actual living room gaming experience. Although, finale getting to act out a “Hadouken” and having it actually accomplish something other than confused stares from the cats would be pretty sweet.

I think Sony actually came a lot closer to creating something people can actually use to play games. Their “web cam tracks the glowing orb in 3d space” tech makes a lot more sense to me than the Wii’s clumsier set up. Plus, you need buttons. That’s just how it is. Why would anyone think it’s easier to cartwheel across your living room than to hit A or X? Unfortunately, everyone already has an X-Box 360 (I don’t even have one and I HAVE ONE) so their arm flapping, high kicking back injury inducing system will probably prevail (if any of them do).

Oh, and Nintendo (Intenda to you Grandma’s in 1988) made a heart monitor that you ARE NOT SUPPOSED TO CLIP ON YOUR PENIS. Big deal.

Do any of these new control schemes excite you? Would you buy a system you didn’t already have to take adantage of one? Anything else from E3 that got your geek juices flowing? Why am I doing a gaming comic? 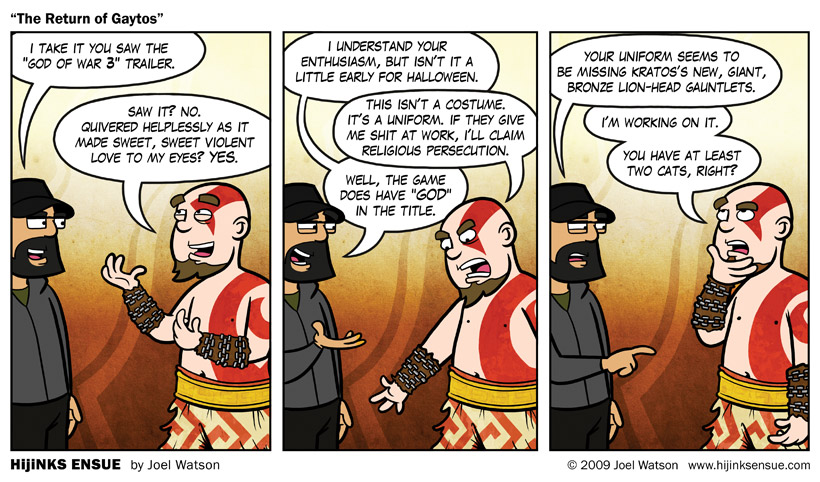 Do a Google Image search for “Kratos“ and see how long it takes for you to see Josh. Not the “comic Josh” but the ACTUAL HUMAN JOSH in full Kratos regalia. Assuming the Google gods are still smiling upon me, he will be in the first 5 results. If, for some tragic reason, he is not, then you can see what I’m talking about HERE.

Had HijiNKS Ensue never been birthed from my geeky brain loins, Josh would still be internet famous for that costume. I remember shortly after he posted the picture it started to show up on gaming forums, photoshopped into various website banners and eventually in a “Zero Punctuation” video. Baffling.

Needless to say, I am MORE enthusiastic about the potential for Josh to ressuect the Gaytos Kratos costume, than I am for the actual release of “God of War 3.” Though you should download the HD trailer. It really was stunning, especially considering everything was rendered in game.

I also look forward to what “God of War” does to Josh. Not only does it alter his physical appearance drastically but it also puts him into a sort of dream state where he can’t tell reality from fiction. Like, he will call you to talk about what he did in “God of War” in the same way someone would share the highlights of their vacation.

And, before you ask: the red body paint IS edible.