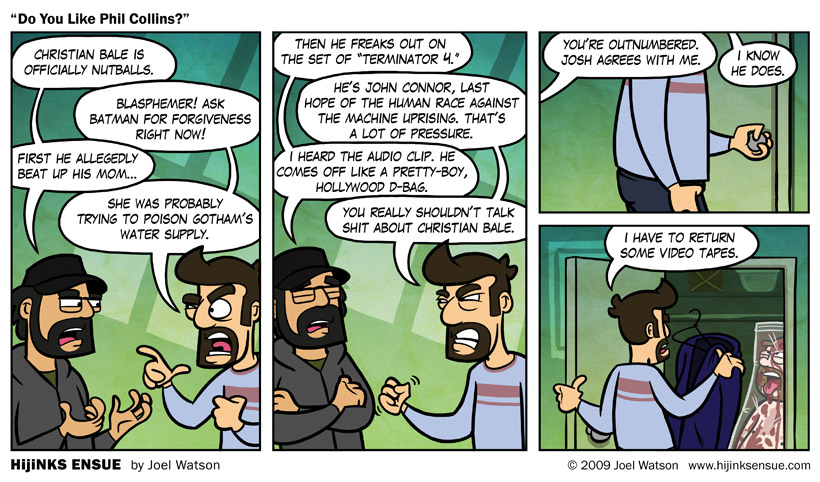 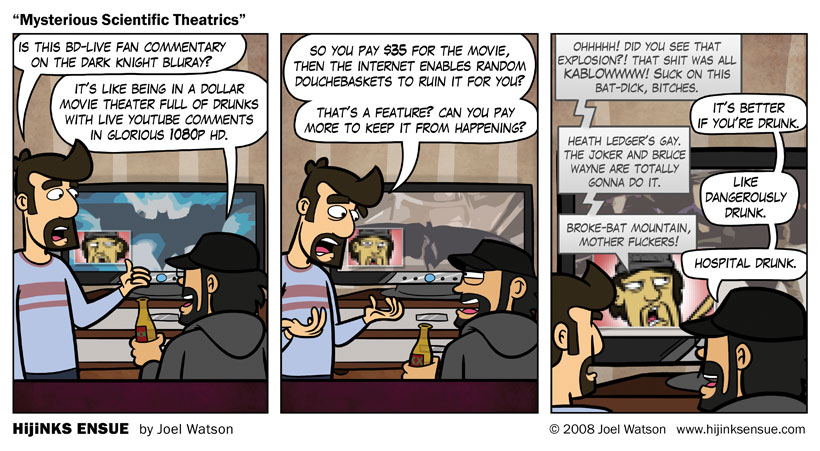 I only have internet for a second (sitting in front of a neighbors house in my car stealing WiFi). I’ll try to make a post later.

EDIT: I realized the “TV Screen” layers were turned off. Drove to a Barnes and Noble, fixed the image and reuploaded. The comic probably makes more sense now. 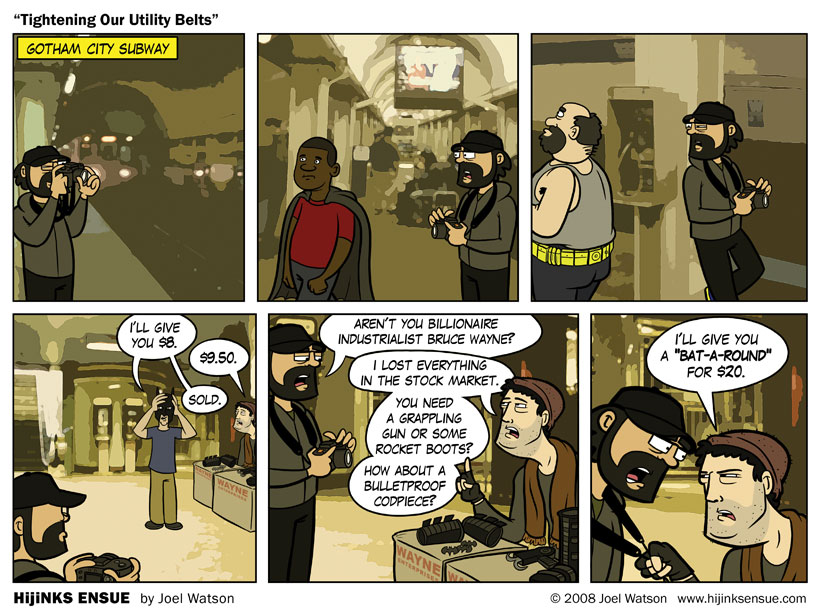 Looks like even the most wealthy and powerful of us are affected by the economic crisis.

Eli was in Chicago this week for vacation and made a point to visit as many “Dark Knight” filming locations as possible. He TXT’d me “do a comic about Batman playing music in the subway for change.” This is close enough.

I’d like to see Hobo Bruce Wayne fighting over a half a pizza crust with Boxcar Pete. Bruce is probably a better fighter, but Pete isn’t afraid to kill.

I wonder what other “services” Bruce Wayne could offer his clients. “A Hot Harvey Dent,” “A Reverse Riddler,” “A Penguin Flipper (It’s like The Shocker).” I’m sure the list goes on and on. Got any other items for the “menu?” 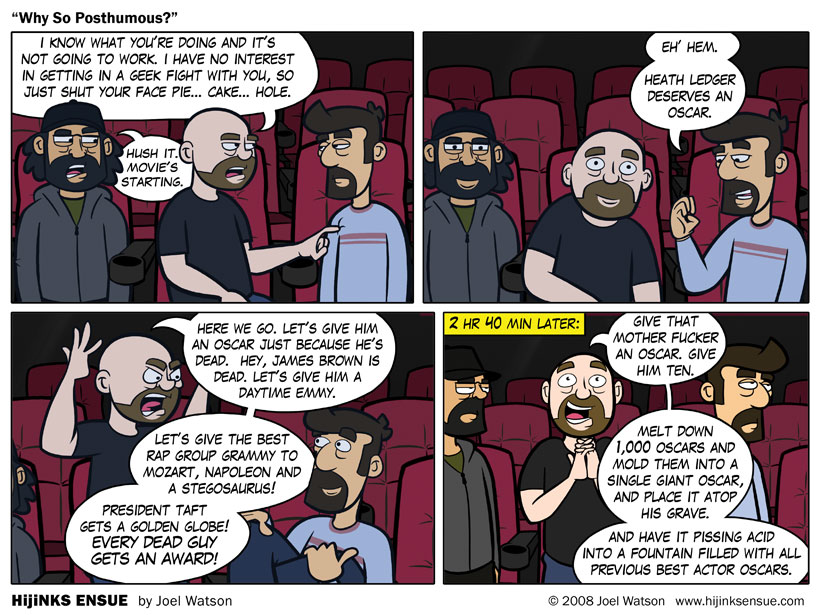 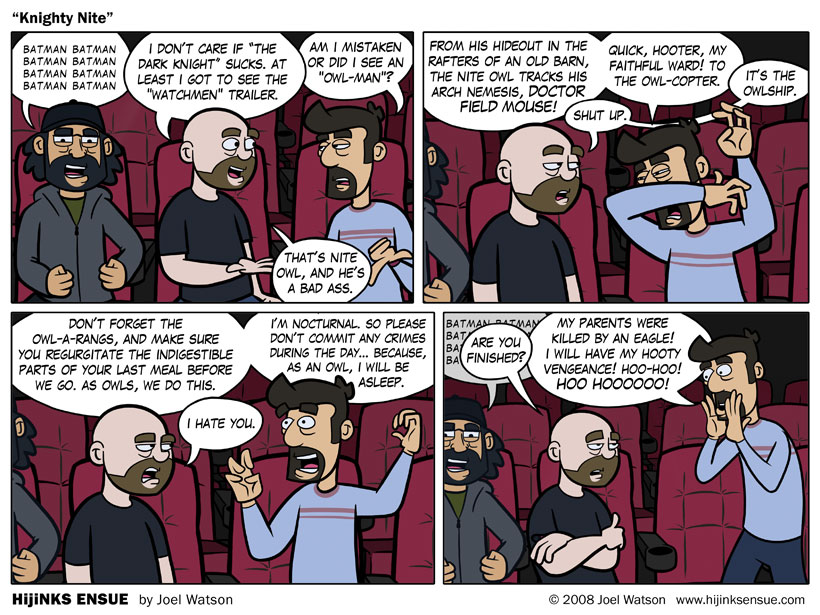 I’m sure many of your FB’s saw “Dark Knight” last night around midnight… midknight? I hope to catch it this weekend. So far the review have gone something like, “Holy shit, Batman!” so I am enthused.

I’ve never read the “Watchmen” comics. I know, I will turn in my comic geek card at the door. I had been reading that die hard fans of Alan Moore’s anti-hero opus were worried about the movie not staying true to the source material, but apparently the trailer (that is showing with “Dark Knight“) is assuaging their fears.

I only know of the characters and story what Josh has told me and what I’ve read on Wiki, but the trailer was bonerific to say the least, even if their Batman analog is a freaking barn owl.

Speaking of Batman… just watch this and smile.