The non sequitur humor and the on-going story lines both using the same characters eventually seemed very schizophrenic to me, and probably to you. I was taking far too many liberties with what exactly HE was, and the audience got confused and shrank accordingly over time. So I decided to give up the gags and tell a story about my life, my family, parenting, etc. I wrote an outline for the basic story lines I wanted to address in the first year of the rebooted comic, finished about three of them, then sort of accidentally went back to writing gags using my characters (only now the characters were myself, my daughter and my wife). The difference is this time the gags weren’t about specific episodes of TV, instead they were about things going on in my actual life. The strip almost accidentally became a hyperbolic auto-bio comic without me noticing. END_OF_DOCUMENT_TOKEN_TO_BE_REPLACED 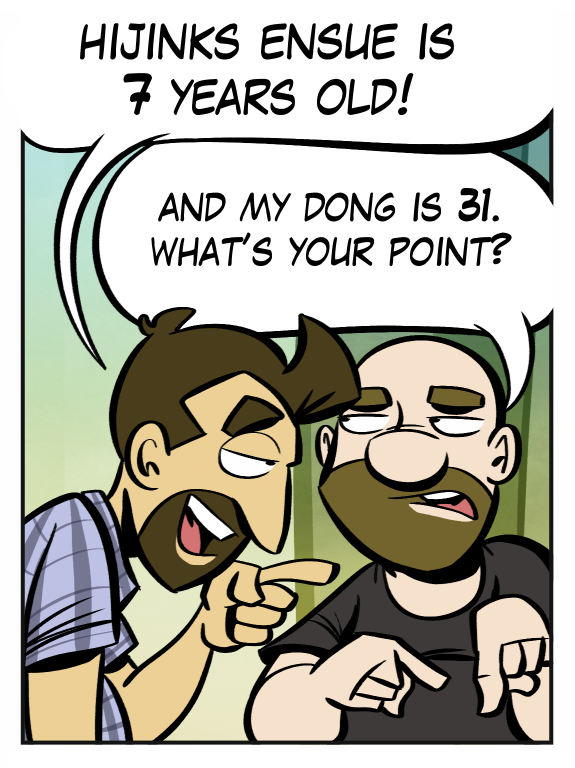 Last Sunday, May 11th, HijiNKS ENSUE turned 7 years old! What does that even mean? Why am I still allowed to do this? In celebration, I am holding a Fancy Fan Art Contest just like last year. And, just like last year, the rules are the same: END_OF_DOCUMENT_TOKEN_TO_BE_REPLACED