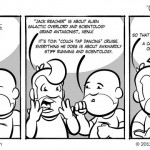 CRUISE FUNDRAISER: About 60/100 prints are sold and I only have until Dec 15th (9 days left!) to meet my goal of selling all 100. Help me get on a nerd boat and get some neat art for yourself in the process! 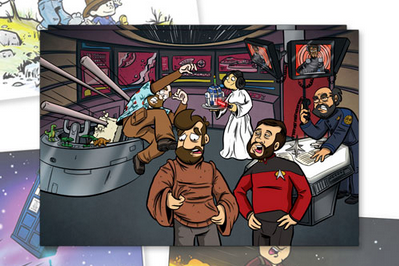 Here’s a follow up to my previous Jack Reacher comic.

COMMENTERS: Apparently fans of the Jack Reacher books are upset that once of Reacher’s main traits is his imposing stature and physical presence. This is clearly a trait Tom Cruise doesn’t posses. Is there another actor that you feel was cast against the type of the (already established) character they played? Were you happy with the results?