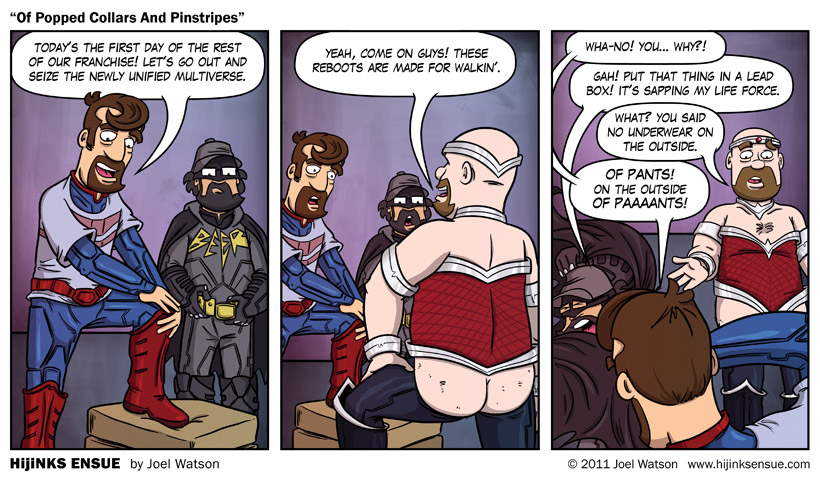 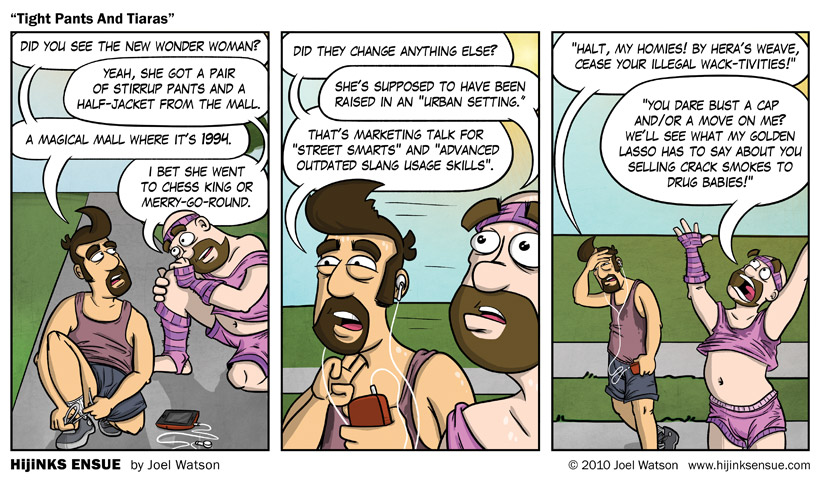 July 1st – July 31st will be your LAST CHANCE to get a PERSONALIZED HE BOOK 1 ARTIST EDITION until the 2011 holiday season!!!

ORDER NOW or forever (or for like 6 months) hold on to your funds!

After July 31st you will be able to order the book through my Topatoco store in regular and (non-personalized, as in “pre drawn”) Artist Edition flavors. If you want something special in your HE book 1 you must act nowish.

Thanks to FB Michael for suggesting the setting for this comic based on me started “Couch to 5K” yesterday. And bigger thanks to Spike for suggesting that I get off my ass and get some exercise. I think I will do a podcast with my initial impressions of C25K after the first week.

I don’t really give a crap about Wonder Woman’s new costume or rewritten past. I stopped reading Marvel and DC super hero comics (by which I mean comics featuring the standard roster of characters that have been around for 30-60 years) when I was 13 or so. The traditional comics industry is a bit like a dog that eats it’s own shit. END_OF_DOCUMENT_TOKEN_TO_BE_REPLACED 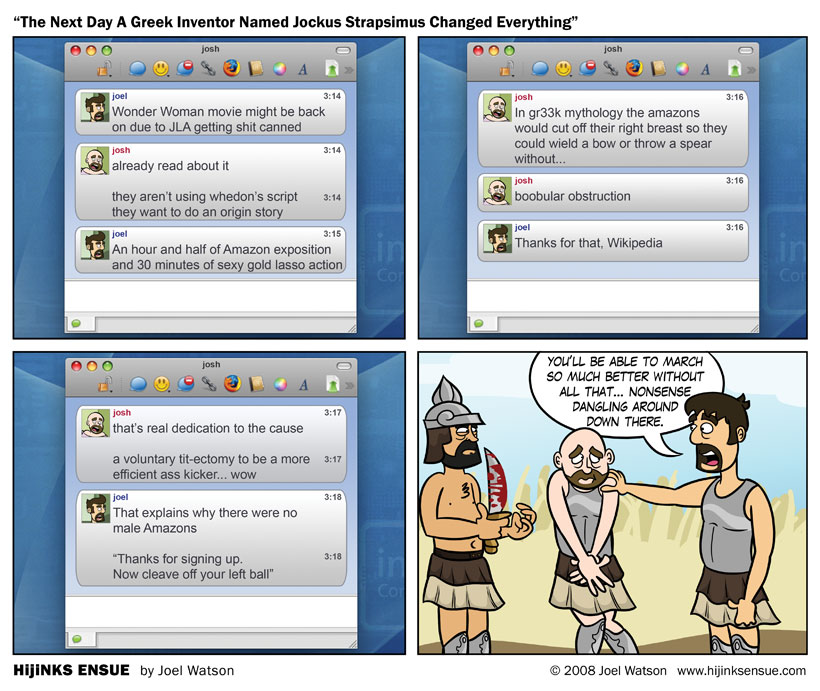