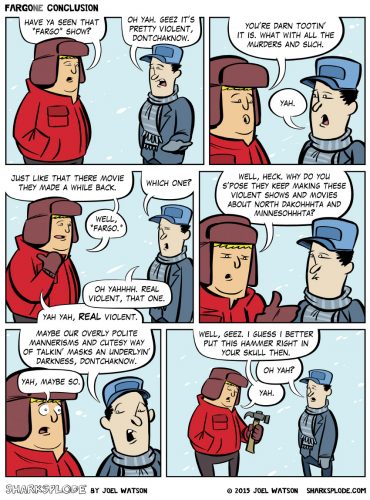 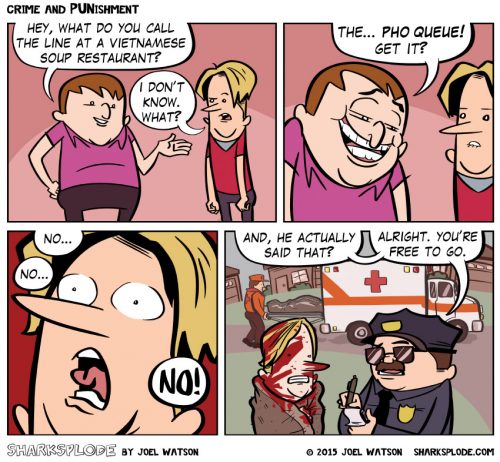 There was a dude in my high school named Phuc Nguyen. Whenever you want, I guess… LAAAAAAAADIES! Am I right? Goodbye forever. *walks into the ocean

If you’ve enjoyed this first month and a half or so of Sharksplode comics, perhaps you’d consider becoming a patron. $1, $3 or $5 a month REALLY goes a long way toward me actually getting to pay my bills just from making comics. Weird, right?

Wha-wha-WHAAAAT?! Bro! Bro! You pullin’ the ol’ robot switcheroo on me, bro?! Bro! I thought we were Bros, Bro! I know you’re not presentin’ me with a false android, Bro! Is that what your tellin’ me, Bro?! ‘Cause if it is, you’re blowin’ my mind, BRO!*

*I assume this is how douchey, shithead bro-dudes will start fights with each other in the future.

When my Patreon reaches $2000/month I’m going to release a new podcast where upon I interview my 7 years old daughter as she reads through the Harry Potter series. It’s called Potter And Daughter! More details HERE. 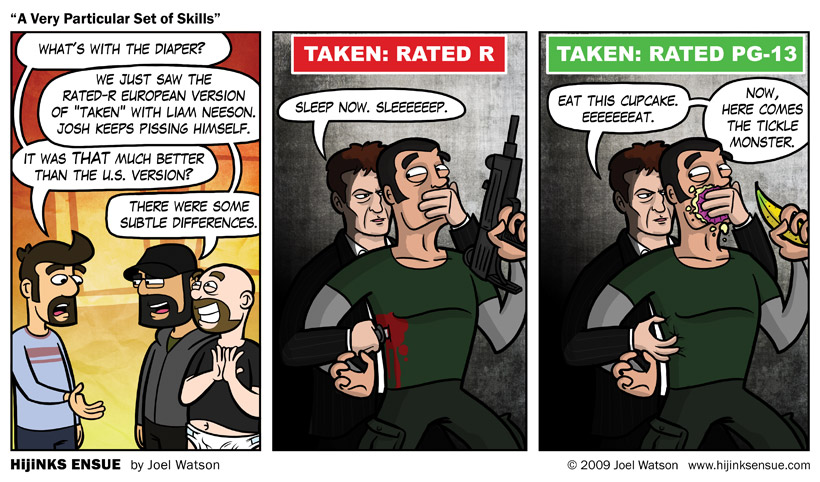