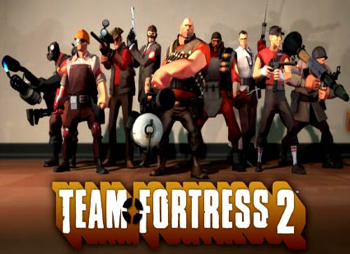 My new Apple Insider comics is up. Check it out here. 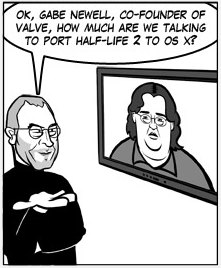 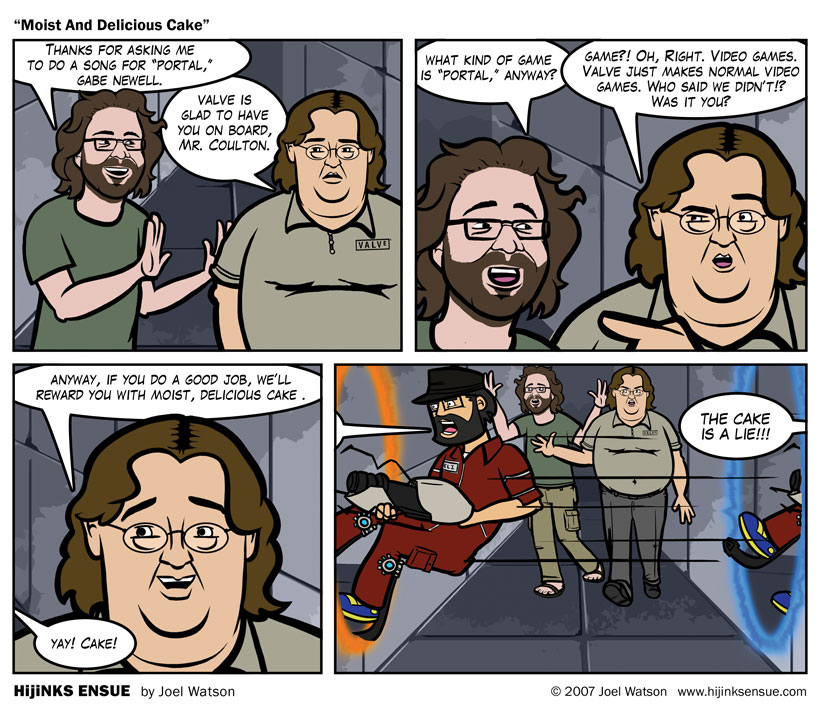 The world has gone 8 kinds of ape shit for a 3 hour video game called Portal, and it’s citrus flavored container. Josh has scolded me on multiple occasions for not not playing it yet. He doesn’t understand that his simple directive of “JUST PLAY THE GOD DAMN GAME, YOU’LL BE SO FUCKING HAPPY WHEN IT’S OVER! FUCK YOU!” actually translates to “Go buy an Xbox 360 and The Orange Box just so you can play Portal, OR install Windows on your Mac via Bootcamp and procure the game via less-than-legal means JUST TO PLAY PORTAL! FUCK YOU!”

It’s more likely that I would drop $400 on a game system to play one game (I paid $250 for Wii Sports, didn’t I?) than it is that I would ever let a Microsoft OS creep its insidious creepy insidiousness onto my Macbook Pro.

Though I’ve yet to experience Portal’s glory hole game play magnificence, I have fully engrossed myself in Jonathan Coulton’s contribution to the title. Read more about “Still Alive” on JoCo’s site.