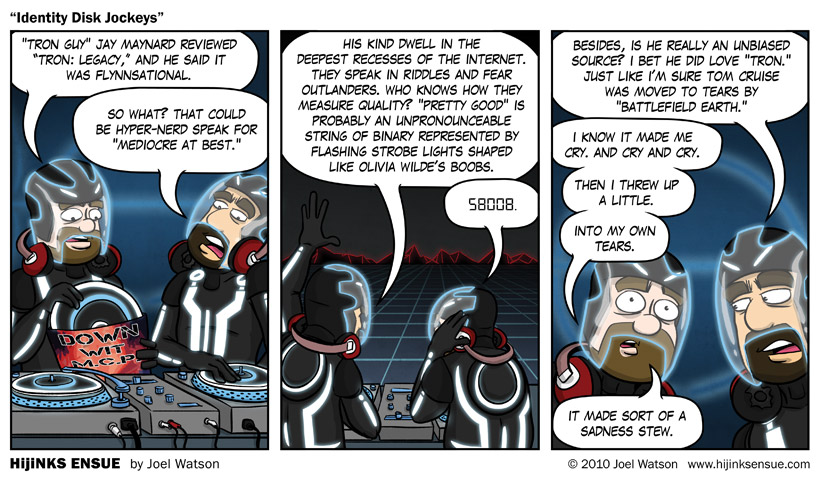 Going to see TRON: Legacy tonight. Some of you think it sucks (or SARKs),  and some of you think it was a religious experience. I’ll let you know what I think via Twitter after the show. I really hope it’s great, though I can’t get past how creeped out I am by CG enyoungened Jeff Bridges. That’s some real Polar Express type shit there.
Fancy Bastards Jeffrotull and CoveredWagon Kid sent me something amazing. The PO Box is on the contact page if you want to try to outdo them (I doubt anyone can).

Some of you have asked, so I put up an Amazon wish list.

Discuss your thoughts on TRON in the comments, but let’s keep it spoiler free since it is still opening weekend. 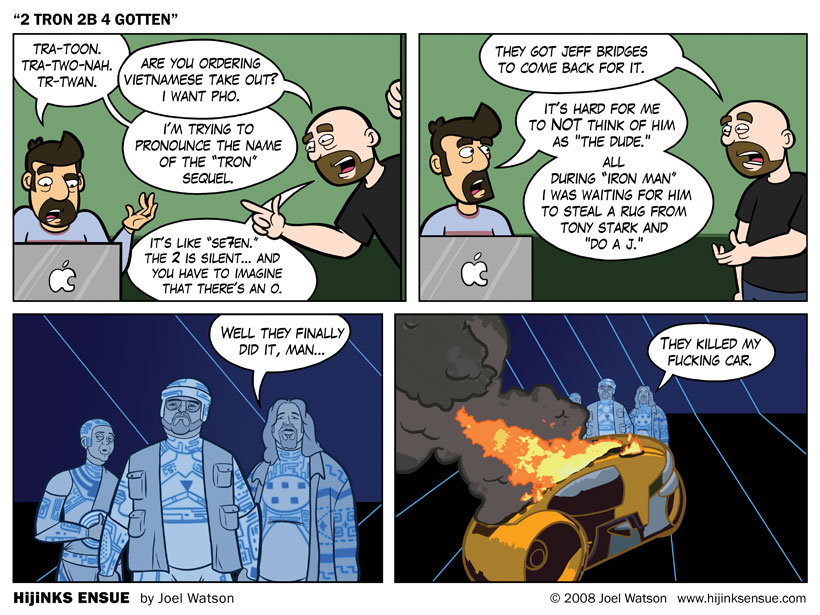 I went to high school with a guy named Tr2n. Or maybe it was Tran Nguyen. Either way, the trailer for “Tron 2”

that premiered at Comic-Con was short and sweet and enough to get me excited.

I actually wrote this comic several months ago when they announced the film. I had a page of notes about how “Tron” and “The Big Lebowski” could intersect.

The list went on and on. Yes, my brain is broken. As far as I’m concerned they’re the same movie now.