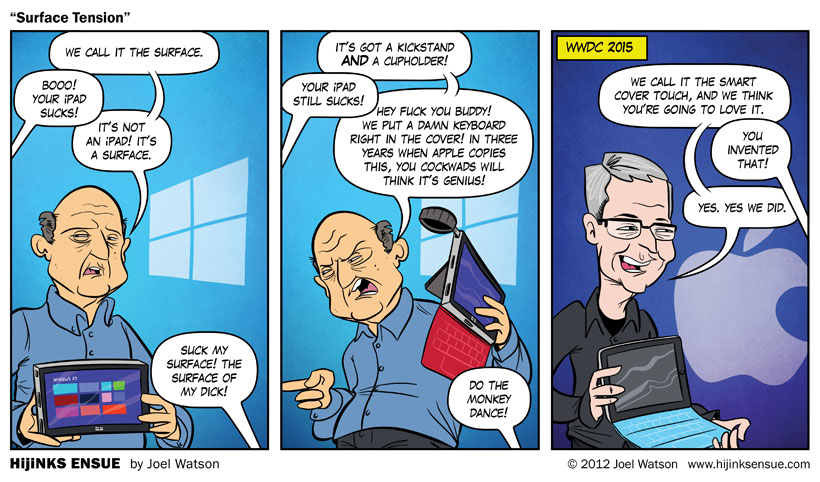 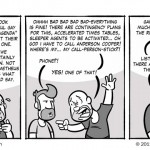 OMG you guys, Apple totally wants to go steady with Tim Cook! Brenda told Gina and Gina told Stephanie H. that after study hall, Apple is going to give Tim Cook a million shares of their company valued at nearly 400 million dollars that will be fully vested over the next 10 years! OMG OMG OMG! Couldn’t you just die!? They are going to be SO. FREAKING. CUTE together. Totes.

I know Tim Cook’s sexuality doesn’t really pertain to his new job as AppleLord [All hail AppleLord may his blessings be upon you], but I do think a gay man being in charge of one of the largest tech companies in the world is a good step towards universal acceptance of homosexuals. I don’t expect him to crusade for gay rights or anything. It’s better for humanity as a whole if he just does a great job as a gay man in a high profile position. As dumb as this may sound, if some guy with lingering homophobia has the realization that, “I love Apple. Tim Cook runs Apple. Tim Cook is gay. So… gays aren’t evil?” the world becomes a slightly less hateful place.

All of that tolerance aside, the secret gay cabal that runs the media is coming for us, and they won’t stop until we are enslaved under their fashionable iron boot and they rule the over-side. Be afraid. Be super crazy fancy afraid.