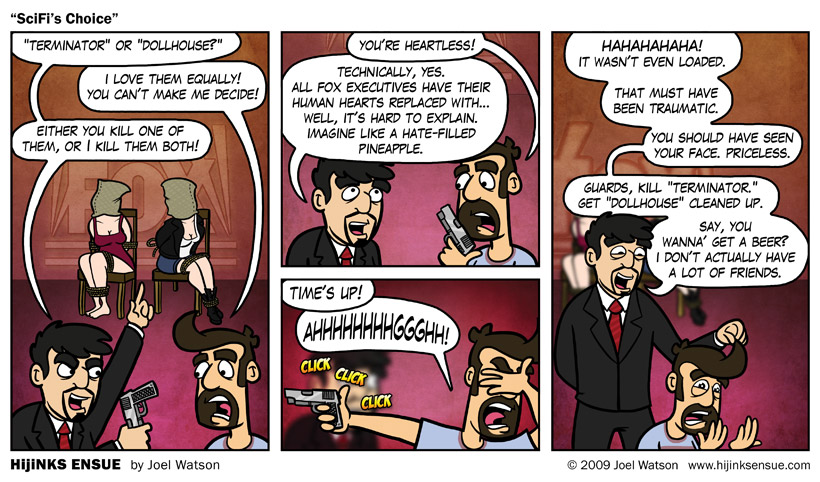 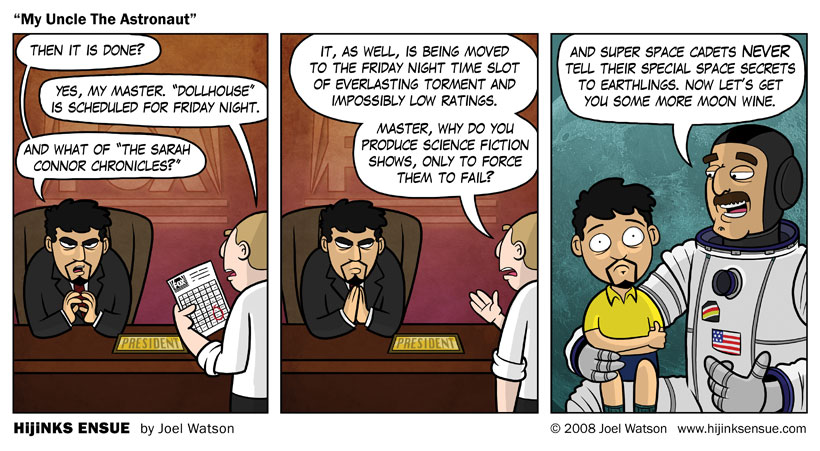 Before you ask, it’s a little know fact that network executives have a goatee from birth.

I hate to say it, but given all the recent delays, rewrites and production problems, I’d almost rather they just canned the show now and let me say goodbye before I really get hooked. I would like to point out that Dollhouse is premiering on Friday the 13th. That’s how I likes my omens. Good and ominous.

How about a shirt that says “Friday Night on Fox : Where TV Shows Go To Die”?

I made the shirt.

I wasn’t too happy with the final design, so I took it down for revisions. 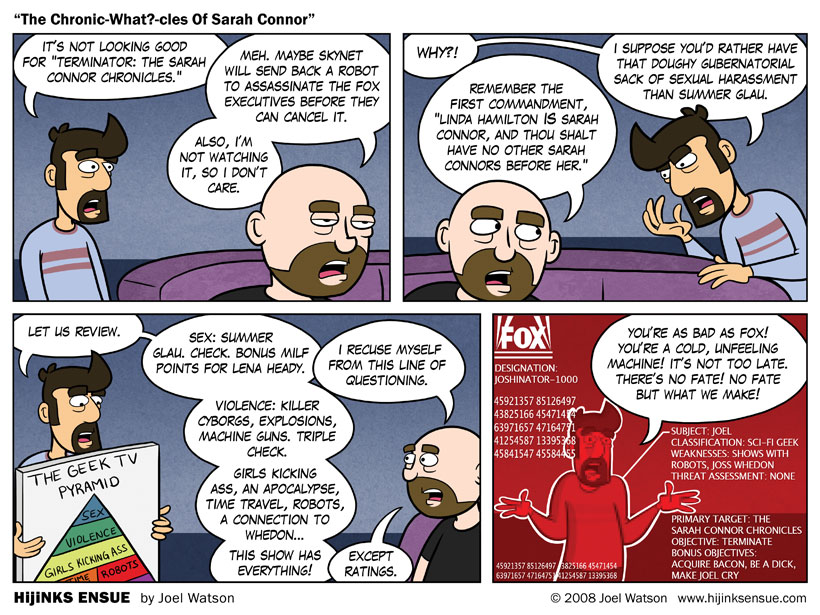